Al-Malki: Pompeo’s labelling of settlement products as “made in Israel” is a war crime 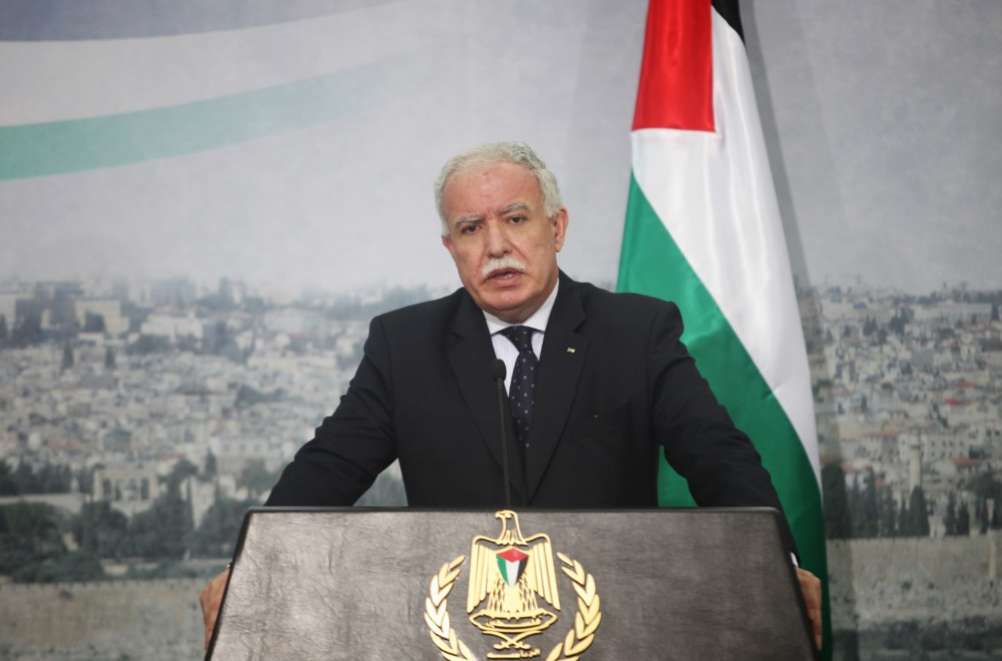 RAMALLAH, Friday, November 20, 2020 (WAFA) –  Minister of Foreign Affairs and Expatriates Riyad al-Malki said today that US Secretary of State Mike Pompeo’s announcement that products manufactured in the illegal Israeli settlements will be labelled as “made in Israel” represents a de facto US recognition of Israel’s annexation of the illegal settlements to its sovereignty.

“[Pompeo’s] announcement is a finishing of Netanyahu's policy of annexing settlements and consequently the occupied West Bank to Israel, which is a precise implementation of the "deal of the century," said al-Malki.

He added that this announcement necessitates immediate action at the international level, and must be rejected with all the available legal means. “It is a crime and those responsible for it must be punished, whoever and wherever they are.”

In a reversal of longstanding US policy, Pompeo said yesterday that imports to the United States coming from the Israeli settlements in the West Bank will now require a label indicating they were made in Israel. Washington’s top diplomat made the announcement during a high-profile visit to Israel, which also saw him pledge to identify US-based groups that support the Boycott, Divestment and Sanctions (BDS) movement and label them anti-Semitic.