Palestinians rally on 16th anniversary for the death of Yasser Arafat 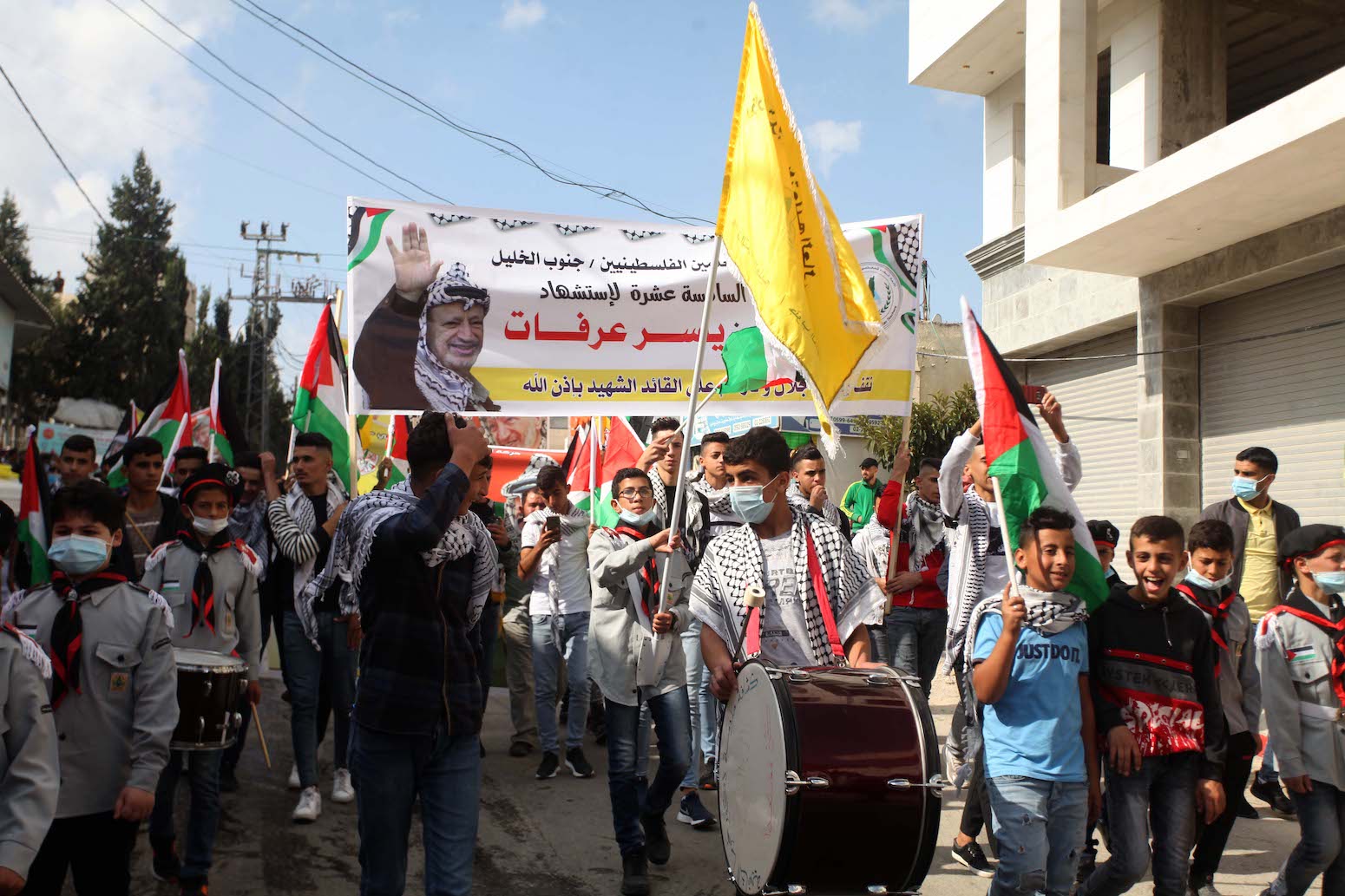 Palestinians rallying in the south of the West Bank marking the 16th anniversary for the death of Yasser Arafat. (WAFA Images / Samar Bader)

RAMALLAH, Wednesday, November 11, 2020 (WAFA) – Palestinians throughout the West Bank rallied today marking the 16th anniversary for the death of Yasser Arafat, the first president of Palestine and chairman of the Palestine Liberation Organization (PLO).

In Ramallah, hundreds of people gathered at the grave of Yasser Arafat in the Muqata in a rally called for by Arafat’s Fatah party.

The participants lit candles in memory of Arafat, who died at a hospital in France on November 11, 2004, where he was rushed after he fell seriously ill following four years of Israeli army siege of his Ramallah headquarters.

In the Qalqilya area in the north of the West Bank, youths clashed with Israeli soldiers near the illegal Oranit settlement, built on Azzoun village land, south of Qalqilya.

Sources told WAFA that soldiers opened fire and injured a youth in his 20s. His condition was not immediately known.

In the south of the West Bank, Palestinians walked behind boy scouts in a rally in the town of Dura hoisting Palestinian flags and pictures of Arafat.

Similar rallies were held in Jenin and Toubas in the north of the West Bank.