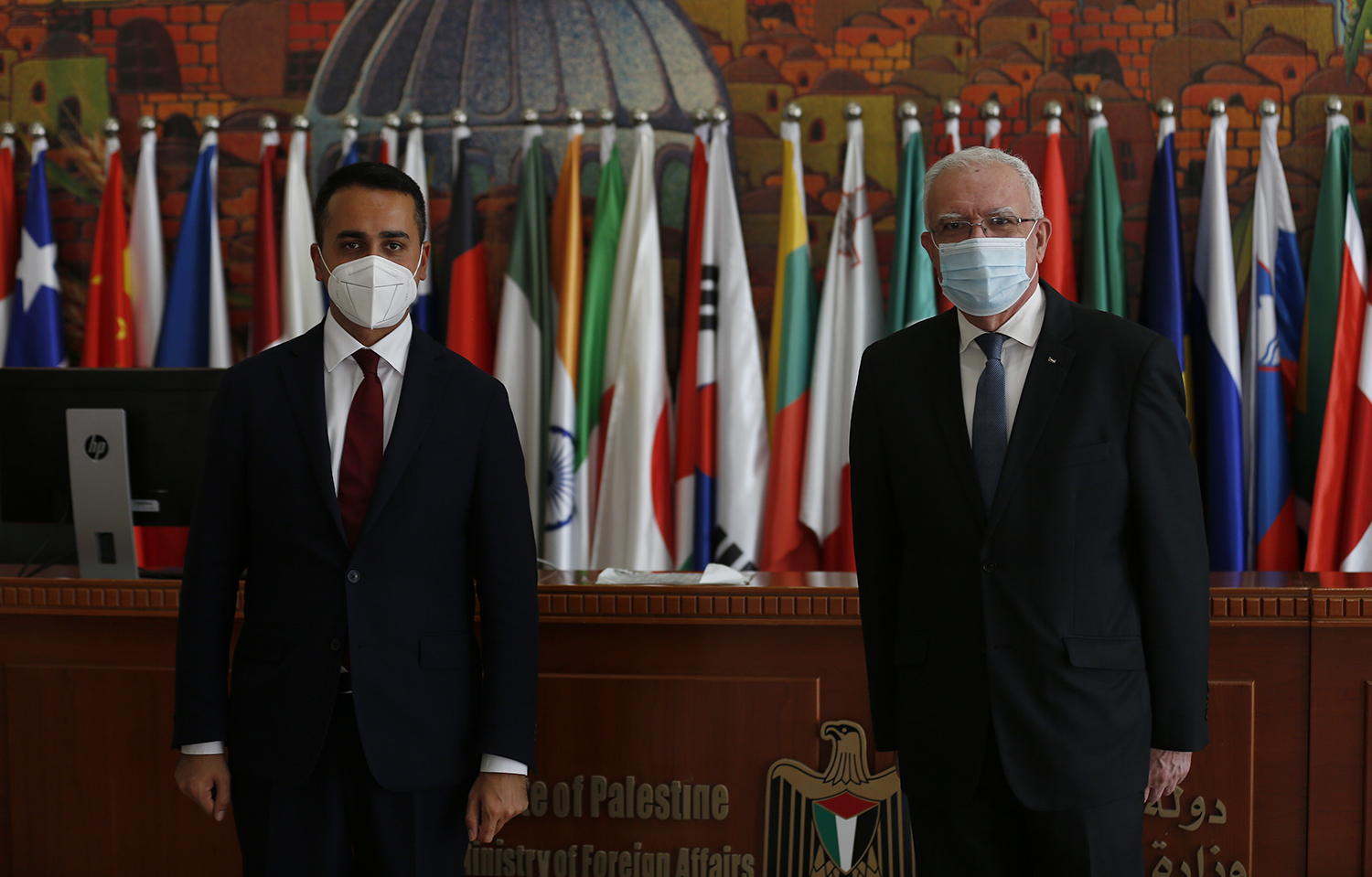 During a meeting at the headquarters of the Ministry of Foreign Affairs and Expatriates in Ramallah, al-Maliki said the international community had overwhelmingly adopted President Mahmoud Abbas’ vision presented during the open session held of the UN Security Council last week, which proves that the Palestinian cause remains a subject of international consensus.

Al-Maliki briefed his Italian counterpart of the latest political developments and the continuing Israeli violations against the Palestinian people, the latest of which was the Israeli government's approval of the construction of thousands of settlement housing units in the occupied Palestinian Territory.

He called on Italy to play an active role in saving the peace process, whether through its position inside the European Union or through its membership in the United Nations, as well as to recognize the State of Palestine and back the Palestinian government's request for the immediate launch of negotiations on a full partnership agreement between Palestine and the European Union.

Al-Maliki also briefed his Italian counterpart of the Israeli occupation authorities’ decision to allow the Israeli Telecommunications Company to operate in the West Bank, which he said proves that Israel was moving forward with implementing its annexation plan under the "deal of the century".

He appreciated the Italian government's position on the Israeli annexation plan and settlements in the Occupied Palestinian Territory, calling on the European Union to go beyond statements and condemnations and rather impose sanctions on the occupying state.

On the other side, the Italian Foreign Minister affirmed that Italy does not recognize any change on the ground regarding status of the Palestinian territories occupied in 1967, including East Jerusalem.

He said that Italy remains steadfast in its position on the illegality of the settlements, stressing that his country will continue to provide support to the Palestinian people in various fields, and that Italy was keen on bringing the Palestinians and Israelis back to the negotiating table.