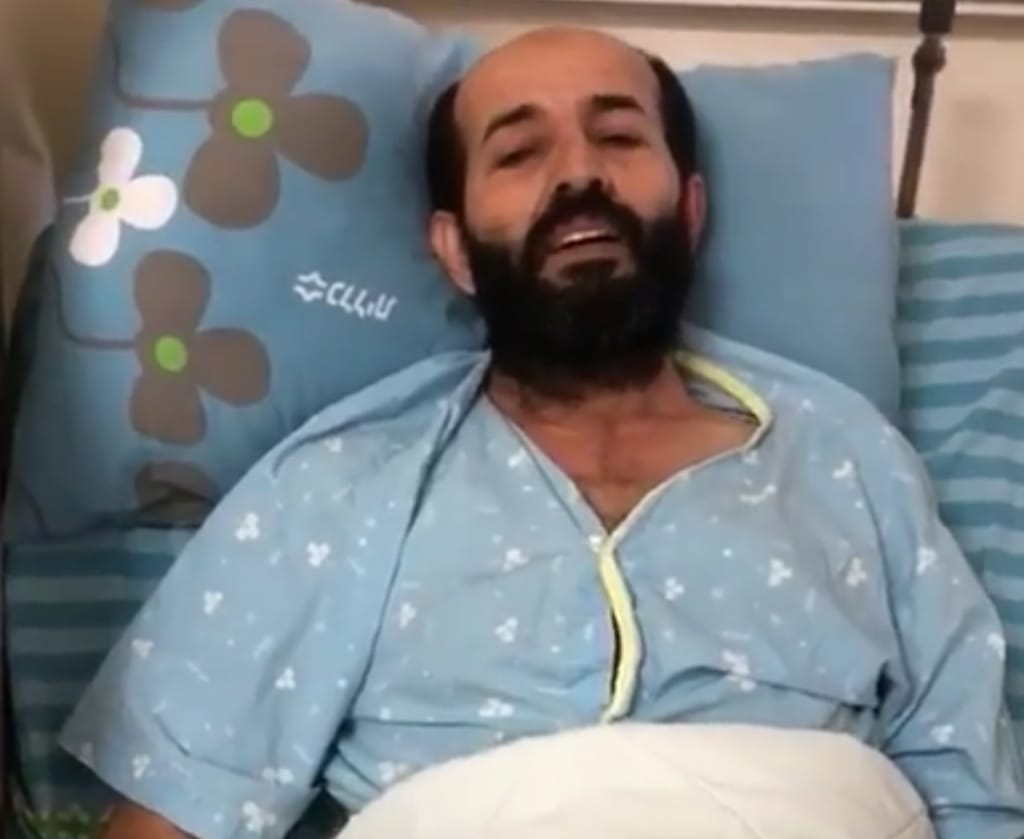 RAMALLAH, Saturday, October 24, 2020 (WAFA) – The family of Palestinian detainee Maher al-Akhras, 49, who has been on hunger strike for 90 days in protest of his detention without due process by the Israeli occupation authorities, announced today that they had started a hunger strike in support of their son.

Al-Akhras’s wife told WAFA in a phone call that his mother, his three children and she embarked on an open-ended hunger strike outside the room where al-Akhras is detained at Kaplan Medical Center in Rehovot.

She said the family have been denied visiting him despite staying outside the room for many days until now.

Yesterday, an Israeli court decided to cancel an earlier decision to freeze the administrative detention, without charge or trial, of al-Akhras, whose health situation has severely deteriorated after 90 days of hunger strike.

On Monday, Physicians for Human Rights Israel (PHRI) said in a press statement that should al-Akhras end his fast, damage to his vital organs caused by the prolonged fast could be permanent.