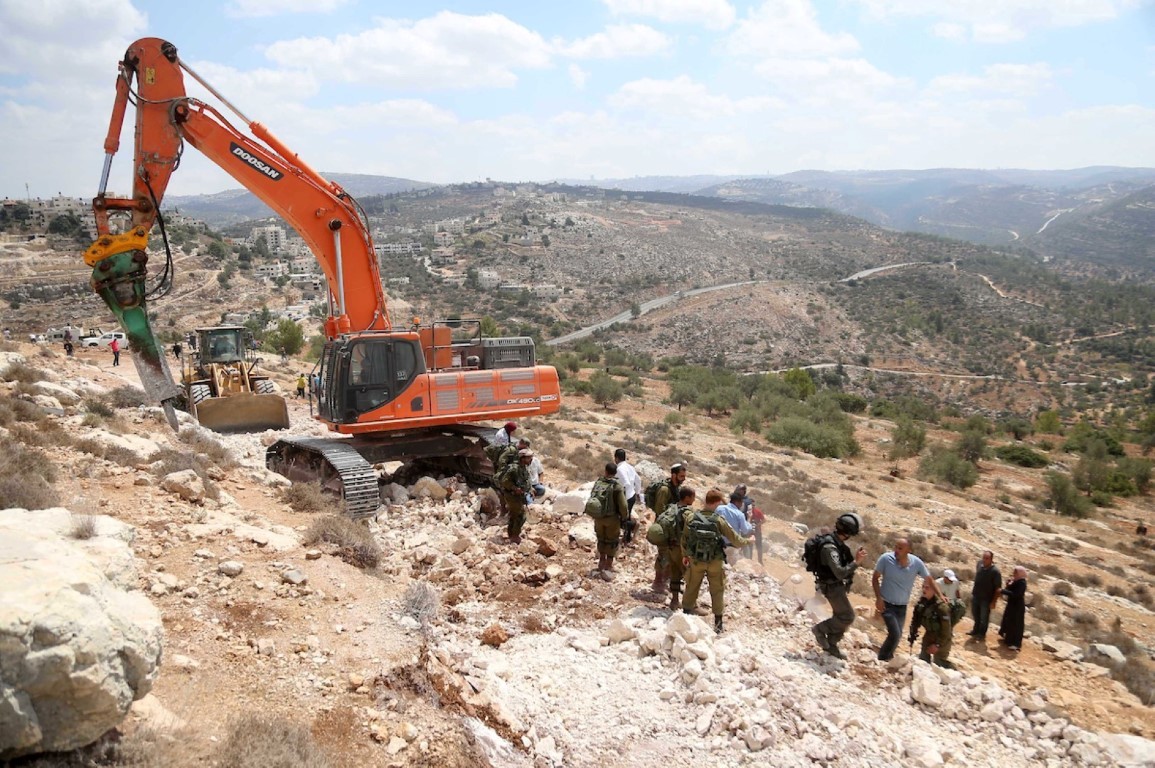 NABLUS, Sunday, October 18, 2020 (WAFA) – Extremist Israeli settlers today razed plots of land in the village of Urif, to the south of the occupied West Bank of Nablus, local sources said.

He added Israeli soldiers provided protection for settlers who were razing the land.

Between 500,000 and 600,000 Israelis live in Jewish-only settlements across the occupied West Bank and East Jerusalem in violation of international law.