Tens of thousands of Israelis rally against Netanyahu for 16th week 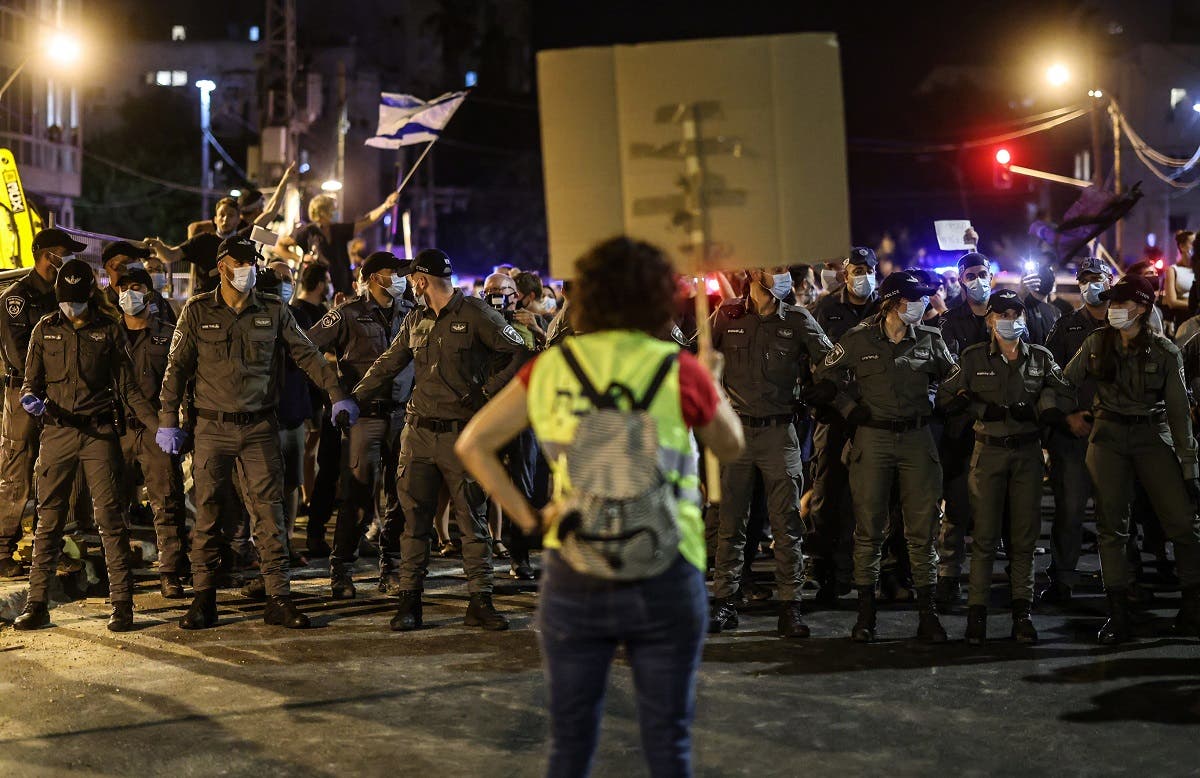 An Israeli protester raising a placard faces members of the Israeli forces during a demonstration against PM Netanyahu in Tel Aviv, October 10, 2020

TEL AVIV, Sunday, October 11, 2020 (WAFA) – Tens of thousands of Israelis took to the streets once again last night demanding embattled Prime Minister Benjamin Netanyahu to step down, marking the latest in a months-long campaign demanding him to step down over corruption charges and mishandling of the response to the coronavirus pandemic.

Protesters gathered at hundreds of locations across the country due to a nationwide coronavirus lockdown that prevents them from protesting at the usual site outside Netanyahu’s official residence in Jerusalem. The current lockdown regulations allow people only to gather within one kilometer of their home.

The main rally was held at the central Habima Square in Tel Aviv, from which the protesters marched through the city. They waved pink and black flags symbolizing various grassroots protest movements. Some of the banners, using Netanyahu’s nickname, said, “Bibi, you are destroying my future.” Others read “Go!”

The Black Flags movement, one of the groups leading the demonstrations, said demonstrations were scheduled in 1,200 locations across the country.

This was the 16th consecutive Saturday on which demonstrations were staged against the Israeli premier. Smaller protests would also take place on other weekdays.

Netanyahu has been on trial for fraud, breach of trust and accepting bribes for his role in a series of scandals. Netanyahu has denied the charges and accuses the protesters of being “leftists” and “anarchists”.