President Abbas to British Foreign Secretary: Peace will not be achieved by bypassing the Palestinians 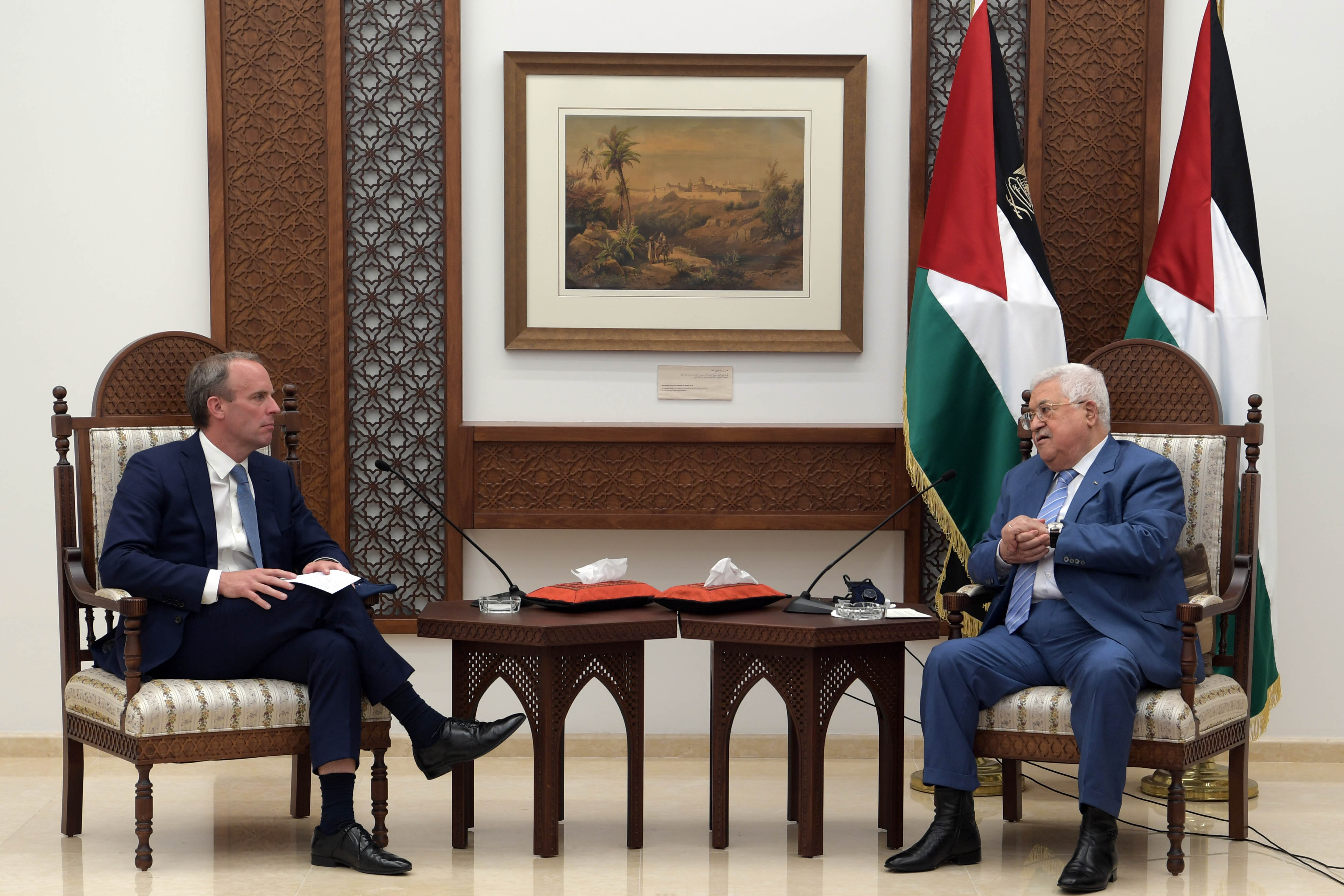 RAMALLAH, Tuesday, August 25, 2020 (WAFA) – President Mahmoud Abbas today told visiting British Foreign Secretary Dominic Raab that peace will not be achieved in the region by bypassing the Palestinians or through normalization of relations with Arab countries.

“We welcome the British Foreign Secretary Dominic Raab in Palestine, and we appreciate the importance of this visit in these complicated circumstances as the Israeli occupation authorities still controls occupied Jerusalem, the capital of the State of Palestine, in contravention of the international legitimacy, and continues with its settlement activities, while not abandoning its plans for annexation. These are practices that will destroy what is left of the peace process,” President Abbas told Raab at his Ramallah headquarters.

“There will be no peace, security and stability in our region without ending the Israeli occupation of our land and the Palestinian people gaining their freedom and independence in their sovereign state on the 1967 borders,” he added.

President Abbas told Raab that in a previous conversation with British Prime Minister Boris Johnson he reiterated “our commitment to achieving peace in accordance with international legitimacy resolutions, and that we are ready to go to negotiations under the auspices of the International Quartet and with the participation of other countries, as well as our commitment to fighting international terrorism while we continue our efforts to achieve Palestinian reconciliation until we hold general elections.”

The President thanked Britain for the aid it provides to the Palestinians to build their institutions and their economy.

“We say that it is time for Britain to recognize the state of Palestine, which will help achieve justice, inspire hope and work to establish the two-state solution on the basis of the 1967 borders, so that Palestine and Israel can live in security, peace and as good neighbors,” said the President.

At the conclusion of his meeting with Abbas, Raab went to a meeting with Prime Minister Mohammad Shtayyeh at his Ramallah office.