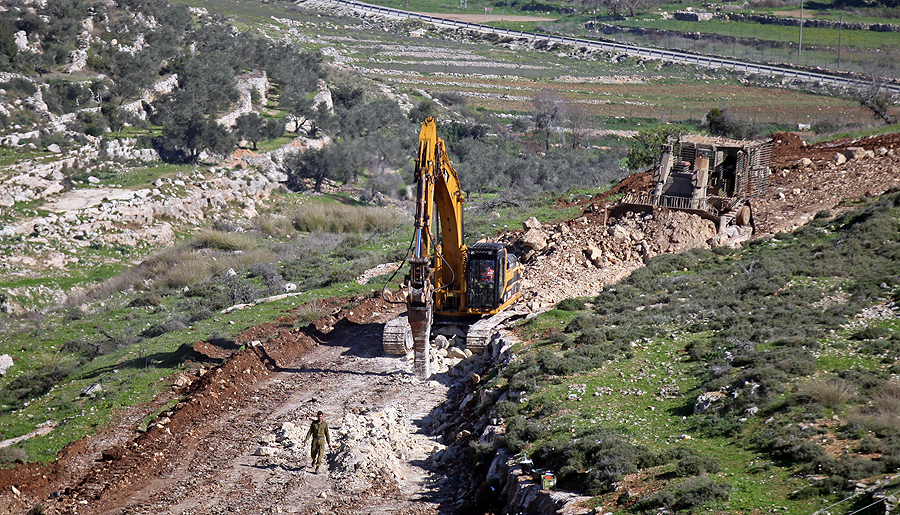 TULKARM, Wednesday, August 19, 2020 (WAFA) – Israeli forces today clamped down on anti-settlement protest to the southeast of Tulkarm city, causing several protestors to suffocate from teargas inhalation, according to WAFA correspondent.

She said that Israeli troops deployed along the area between Khirbet Jabara and Shufa villages showered with teargas peaceful protestors marching against Israel’s illegal move to level a large swath of their land for the construction of a bypass road for Israeli settlers, causing an unidentified number of suffocation cases, some were taken to hospital for treatment.

The soldiers prevented the protestors from approaching the area as bulldozers were leveling the land, known to the villagers as Jabal al-Wastani (the Middle Mount), to make room for the construction of a colonial settlement industrial zone.

They forced news reporters to leave the area at gunpoint, citing the declaration of the area as a closed military zone as a pretext.

Israeli Premier Benjamin Netanyahu has declared many times his willingness to annex the illegal colonial settlements, besides the Jordan Valley, and consolidate settlement construction in the occupied Palestinian territories.