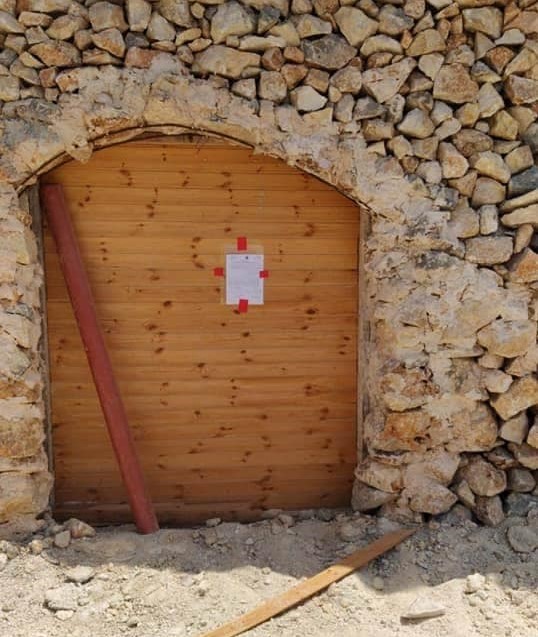 A demolition notice placed on one of the doors of Farasin village.

JENIN, Wednesday, July 29, 2020 (WAFA) – The Israeli occupation authorities are going to demolish an entire Palestinian village in the north of the West Bank displacing over 200 people, today said the head of the village council.

Mahmoud Amarneh, head of Farasin village council west of Jenin, told WAFA that Israeli occupation forces raided the village this morning and handed out 36 demolition orders for the entire structures and water wells in the village where 200 people live.

He said the military told the residents that the demolition will take place in few days.

Amarneh said the Israeli occupation government wants to take over the village in order to expand illegal settlements built in that area.

The village has a 200-year old well and several ancient buildings, he said, urging international intervention to prevent Israel from committing a massacre in the village.