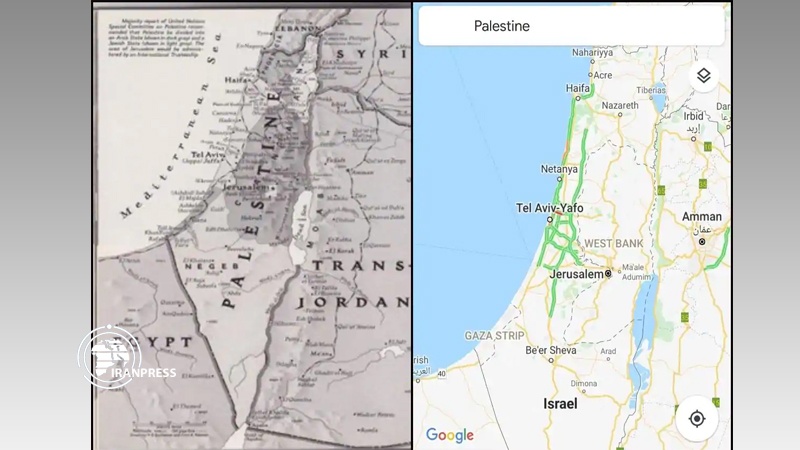 Google has removed the name of Palestine from its online maps

RAMALLAH, Saturday, July 18, 2020 (WAFA) – Minister of Telecommunications and Information Technology, Ishaq Sidr, said today that the Ministry is mulling the possibility of adopting an alternative search engine to the internet search giant, Google, in response to the latter's removal of Palestine from its maps.

A heated public campaign was launched yesterday after Google and Apple removed the name of Palestine from their online maps, with more than one million users singing a petition demanding the two to expressly mention Palestine in their maps.

Sidr said the removal of Palestine from the two giants' maps means a blind bias for the Israeli occupation and its violations of Palestinian human rights.

He said the Ministry has developed multiple steps to deal with the removal of the name of Palestine, including applying pressure on the two giants through their servers that are used by some Palestinian companies.

In addition, Sidr pointed out a crisis cell was created by the Ministry to address the legal steps to be taken in response to the foregoing, including filing lawsuits with the competent international bodies, given the fact that the removal of the name of an internationally recognized state violates international laws and legislation, as well as the relevant UN resolutions.

"For a while, the Ministry has been reaching out to Google, Facebook and other companies to pressure and compel them to respect the Palestinian narrative and content, but their response is not as required," said the Telecommunications Minister.

Sidr stressed that the government is encouraging the role of trade unions, popular resistance and the Boycott, Divestments and Sanctions (BDS) Movement in pressuring the two giants to refrain from this unfair step.

In the meantime, Minister of Foreign Affairs and Expatriates, Riad al-Malki, said the government is considering the necessary legal procedures to respond to Google and Apple's removal of the name of Palestine from their maps.

He said work is underway to identify the international body that Palestine will file this issue with. Al-Malki added that this will make it easy for the Palestinian government to prosecute officials of the two giants in the event they insisted on violating international law.

"They [Google and Apple] were certainly wrong when they dealt with Palestine with this intended political underestimation," said the Foreign Minister.