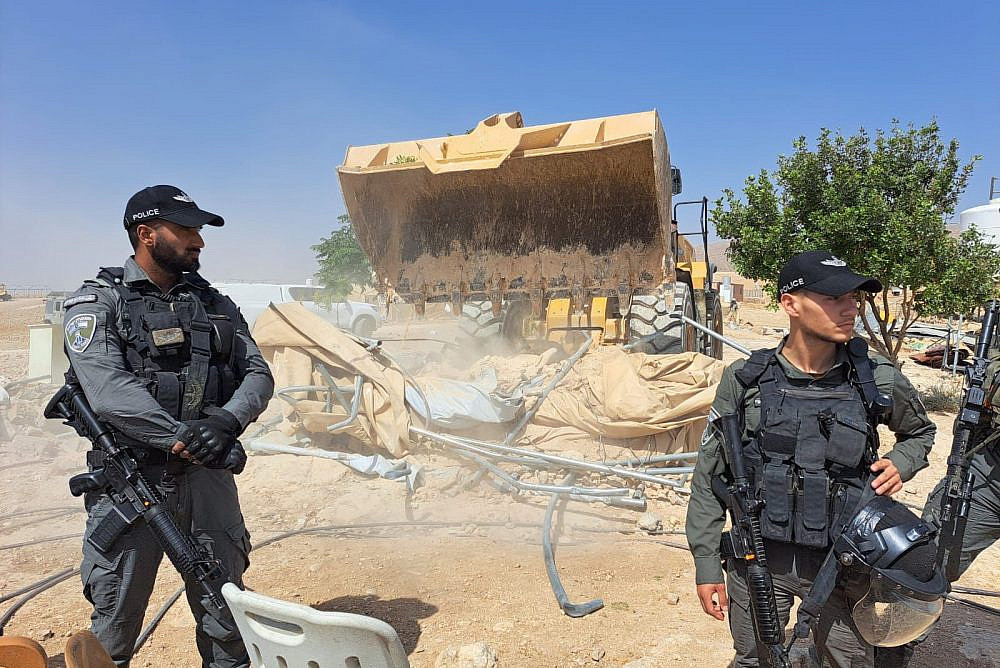 Lutfi Asaad, the mayor of the village, told WAFA that an Israeli army force accompanied by heavy machinery broke into an area on the outskirts of the village and demolished two residential shacks which Mr. Ismail Salah, a local resident, used as a shelter for his family after the Israeli occupation authorities demolished his home several months ago.

The new far-right Israeli government has pledged to prevent Palestinian construction in Area C of the West Bank, under full Israeli control, and to demolish what is being built there.

Israeli refuses to permit virtually any Palestinian construction in Area C, which constitutes 60 percent of the occupied West Bank and falls under full Israeli military rule, forcing Palestinians to build without obtaining rarely-granted permits to provide shelters for their families.