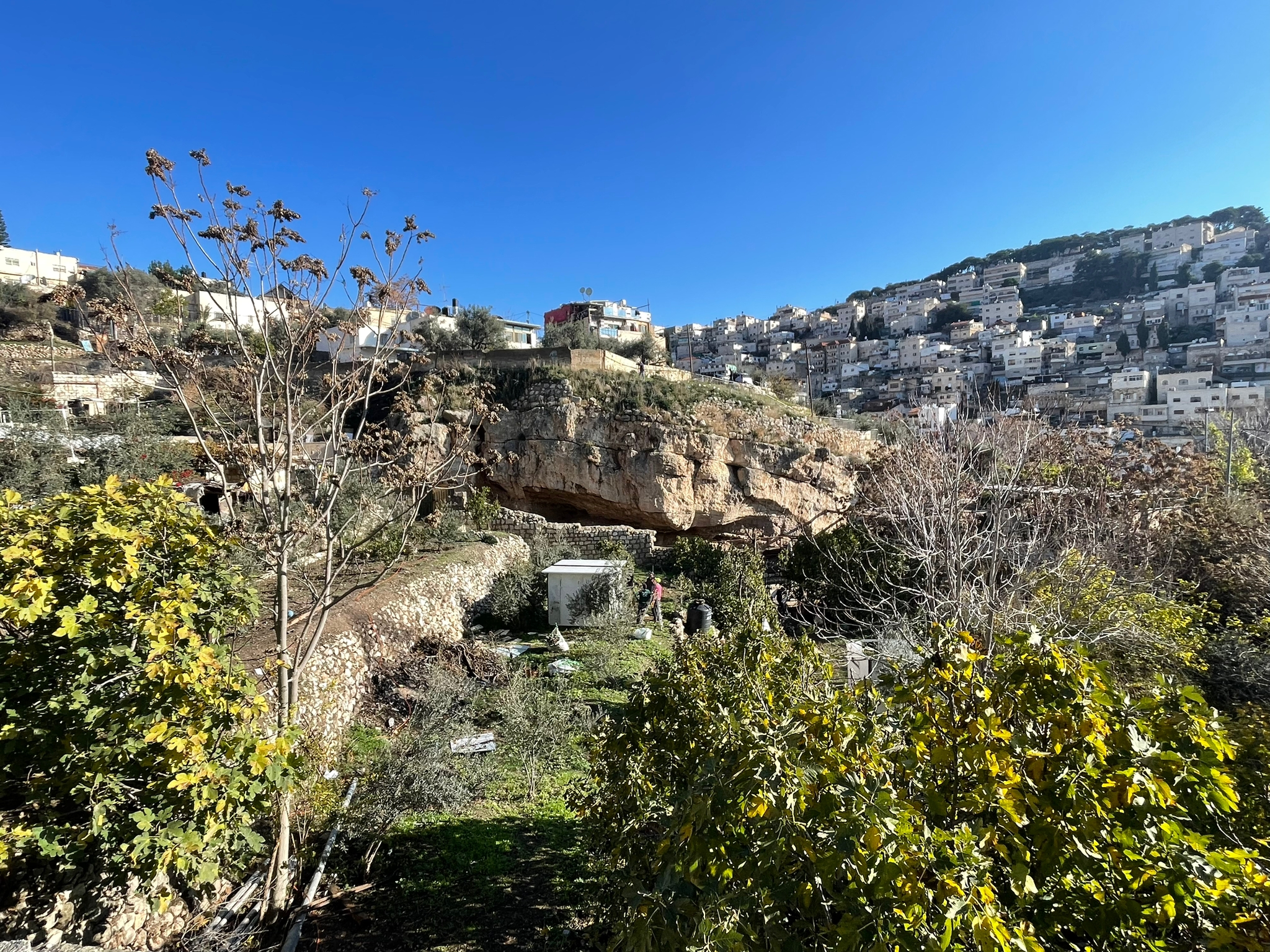 Israeli settlers taking over a plot of land in Silwan neighborhood of occupied East Jerusalem.

They told WAFA that the plot of land is owned by the Greek Orthodox Church but that the Sumrin family in Silwan has had a contract to cultivate and benefit from the land for the past 70 years.

Settlers have been trying to take over this plot of land for a while, which prompted the Sumrin family to go to court to stop the takeover.

The sources said the settlers came to the land and started to fence it even before a court ruling is issued.

Residents attempted to stop the settlers and the police from taking over the land, prompting clashes that resulted in the arrest of three youths, said the sources.