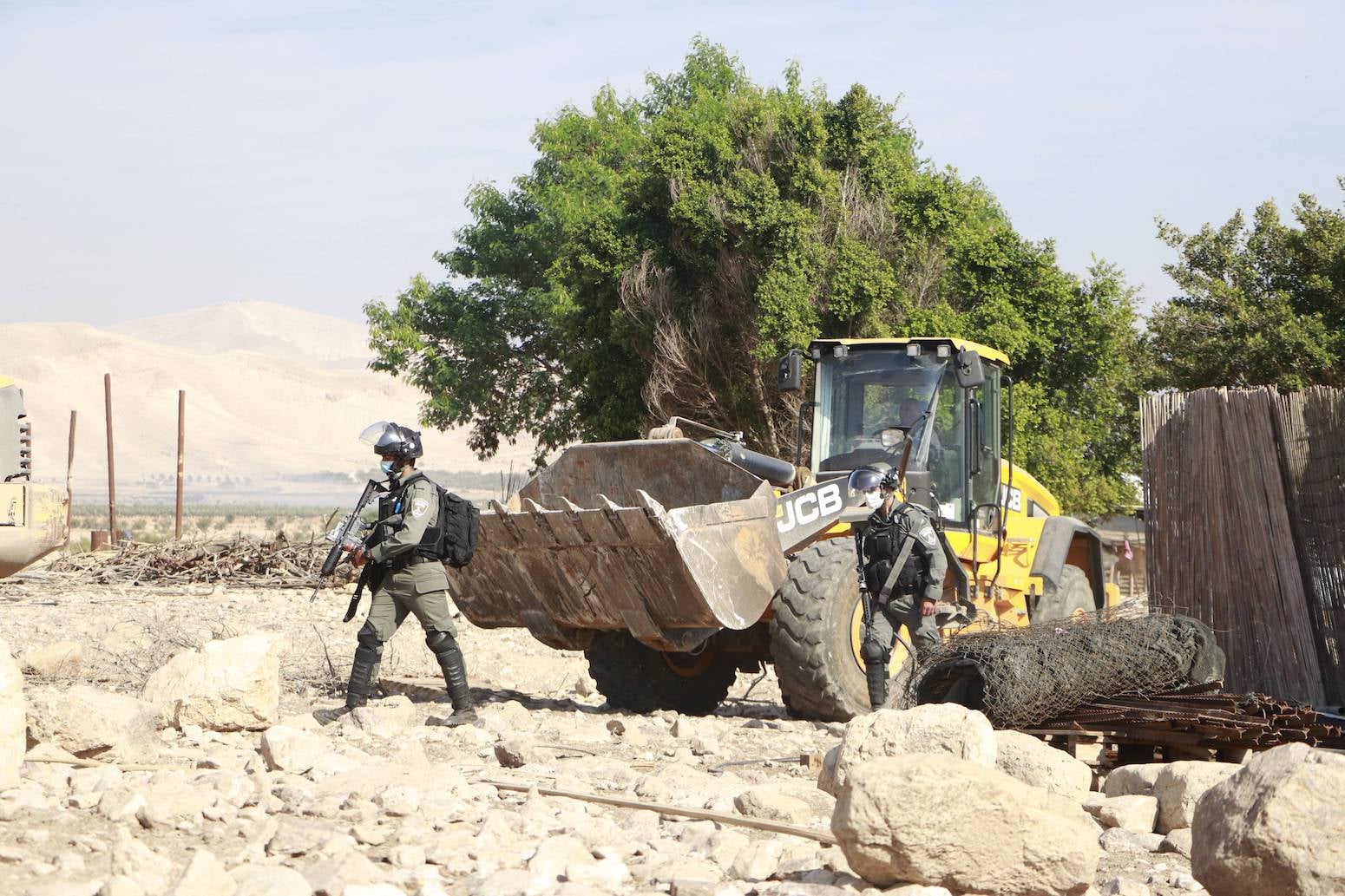 Rateb al-Jbur,who serves as the coordinator of the local anti-colonial-settlement committees, said that Israeli forces escorted a bulldozer into the area, where the heavy machinery tore down and seized six tents belonging to the Haddar family, displacing the inhabitants.

Since the start of the Israeli occupation of the West Bank in 1967, like so many other areas and villages in Palestine, Wadi Juheish has been subjected to settler violence and restrictive measures, including acts of harassment and physical assaults by settlers, blocking access roads, chasing herders and denying them access to pastures.

According to the Land Research Center, residents of Wadi Juheish pointed out that Israeli settlers aim at evicting them from their lands through a series of attacks and violence. Specifically, the settlers want to control the top of the hill where the Palestinians are currently residing due to its strategic location that overlooks the entire region including the colonial settlements of Suseya and Beit Yattir.