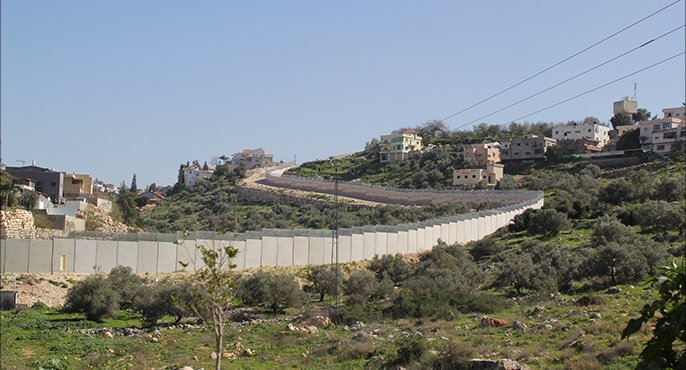 BETHLEHEM/JENIN, Monday, December 12, 2022 (WAFA) – The Israeli military government today demolished a structure in the town of Tuquo, southeast of the West Bank city of Bethlehem, and issued demolition orders for several others in Jenin-area villages, according to sources.

Taysir Abu Mifreh, director of Tuquo municipality, told WAFA that the Israeli forces demolished a tent located on the main road and owned by a local resident who used it as a depot for selling seedlings and other agricultural products. The forces also confiscated the tent's metal stakes.

He said this is the second time the military demolishes the tent for the same person.

In the Jenin district in the north of the West Bank, demolition orders were issued against several plastic greenhouses.

Al-Jalameh mayor, Amjad Abu Farha, told WAFA that soldiers broke into the village and handed demolition orders for greenhouses built on privately-owned Palestinian land but located near the segregation barrier Israel has built in the occupied territories to separate Palestinians from the settlements.

He said the owner of the greenhouse was given until the 28th of this month to present an objection to the order or remove the greenhouse and move it 200 meters away from the segregation barrier.

He said owners of greenhouses located near the barrier in the villages of Arboneh, Jalbone, and Faqoua also received similar orders.