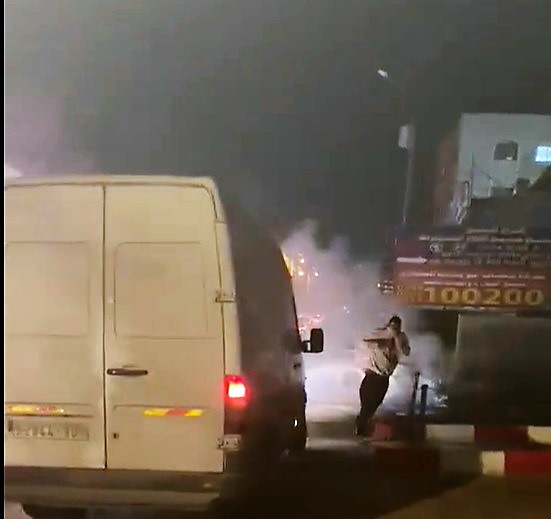 NABLUS, Monday, December 05, 2022 (WAFA) – A Palestinian Sunday evening suffocated in a settler attack in Huwara town, south of occupied West Bank city of Nablus, according to an activist.

Ghassan Daghlas, who monitors Israeli colonial settlement activities in the northern West Bank, said that a group of settlers, under army protection, attacked Palestinian houses and vehicles at the outskirts of the town, hitting a resident by a stone and damaging several vehicles.

The man also suffered from suffocation due to tear gas fired by the soldiers.