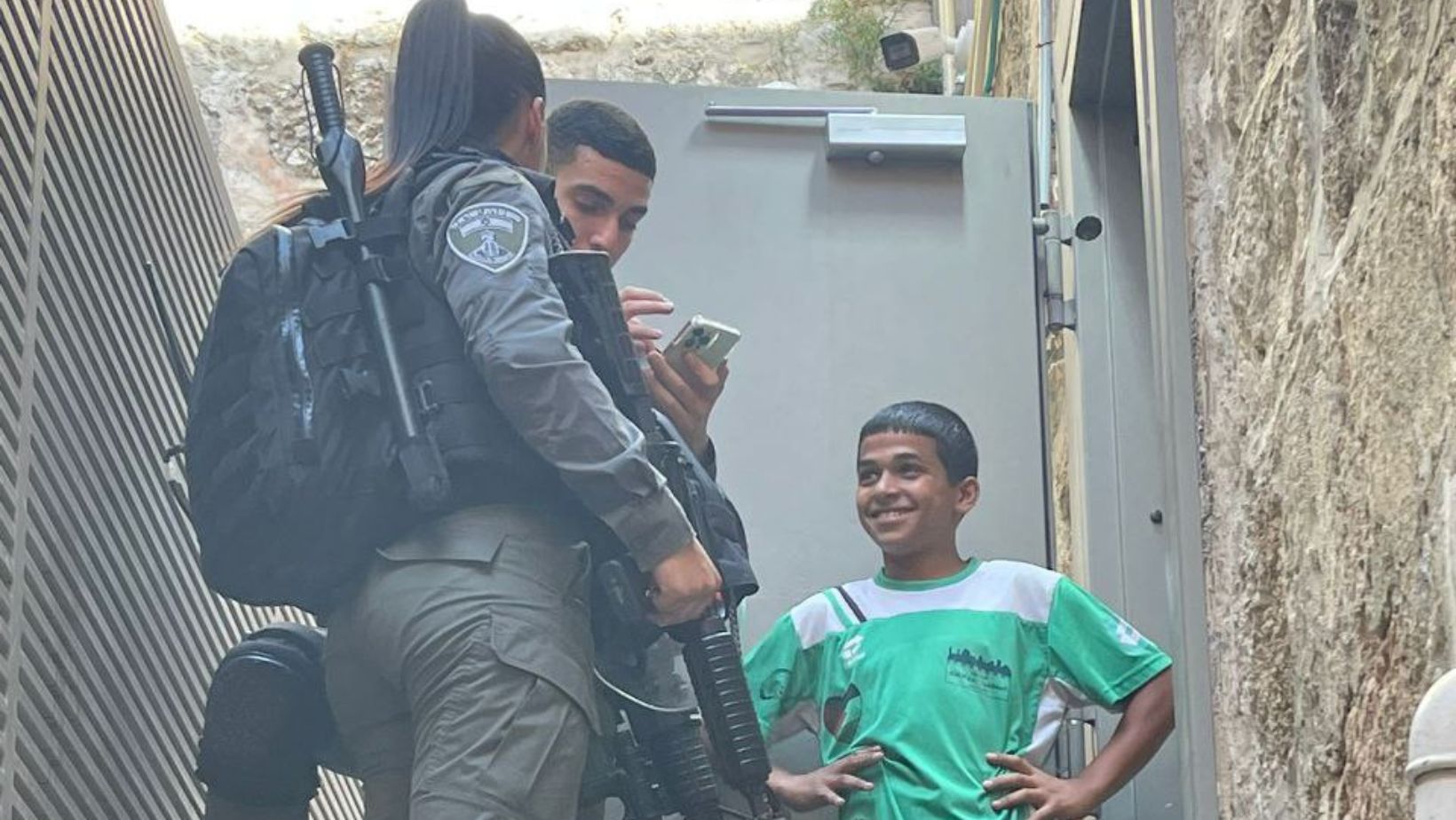 One of the detained Palestinian children smiles in the face of the Israeli soldiers.

The sources added that the soldiers detained six children from the area of Bab al-Asbat in Jerusalem and took them to an interogation center, where they inspected the Jerusalemite kids before releasing them.