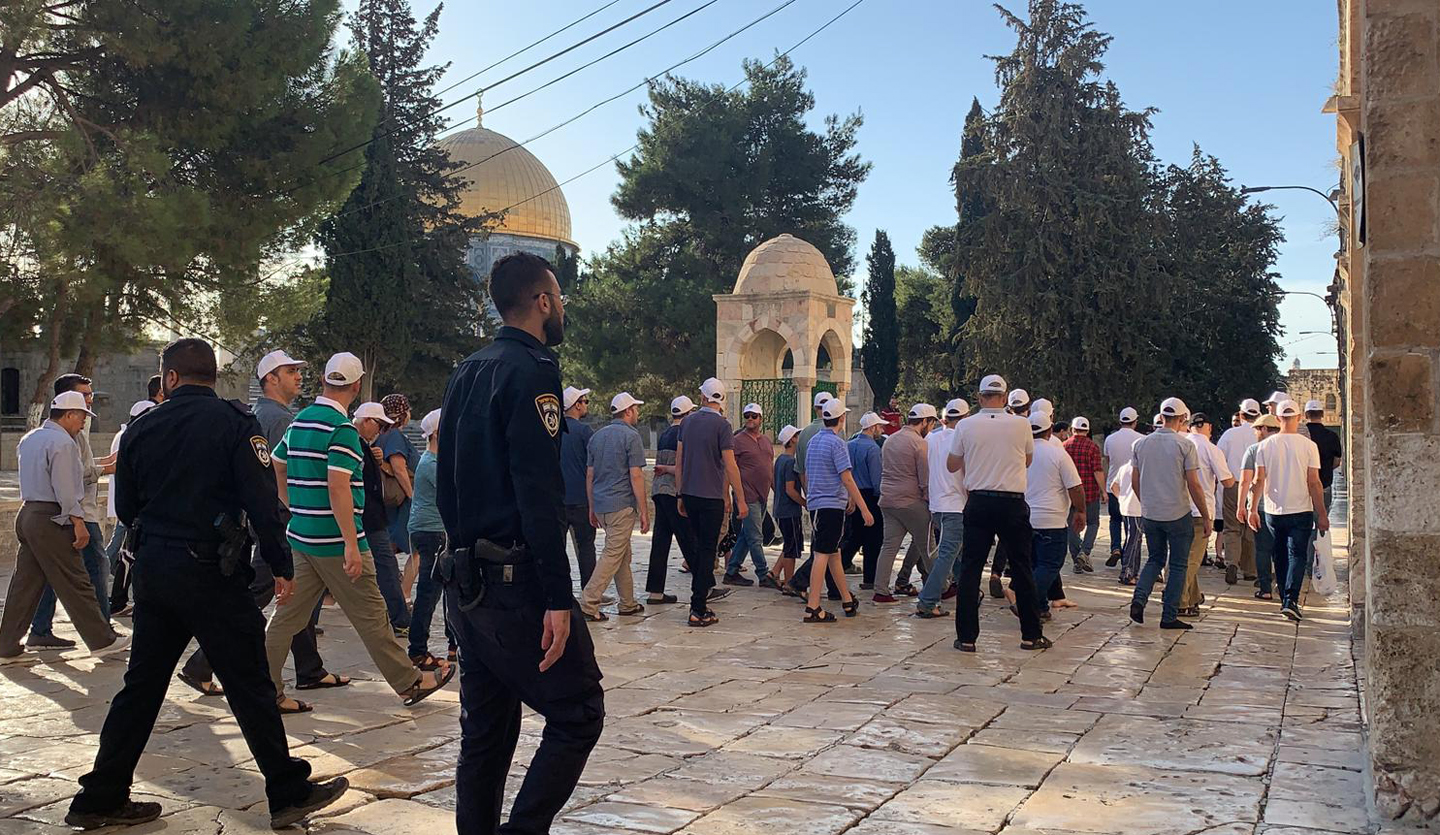 JERUSALEM, Sunday, September 25, 2022 (WAFA) – Scores of Israeli settlers escorted by police today broke into the Al-Aqsa Mosque compound in occupied Jerusalem this morning and performed rituals in its courtyards, according to witnesses.

The Jordan-run Islamic Waqf Department, in charge of the holy site, said scores of Israeli settlers entered the compound through the Moroccan Gate in groups and performed rituals and Talmudic prayers there under the protection of Israeli police officers. Hundreds of settlers also performed rituals in the Al-Buraq Wall plaza, which overlooks the Mosque from the west.

The development comes amid calls by far-right settler organizations to hold mass break-ins into the Al-Aqsa Mosque compound in Jerusalem’s Old City, including Al-Aqsa Mosque, starting early this week.

Jewish ultranationalist groups have called on their followers for mass presence at the Mosque during the upcoming Jewish New Year, which starts on Monday, and the following Sukkot holiday. Some have even called for blowing horns during the Jewish religious rituals inside the yards of the holy compound.

Jewish prayers and rituals inside the Al-Aqsa Mosque compound are prohibited under agreements with Jordan, the custodian of the holy sites in Jerusalem, including Al-Aqsa Mosque.