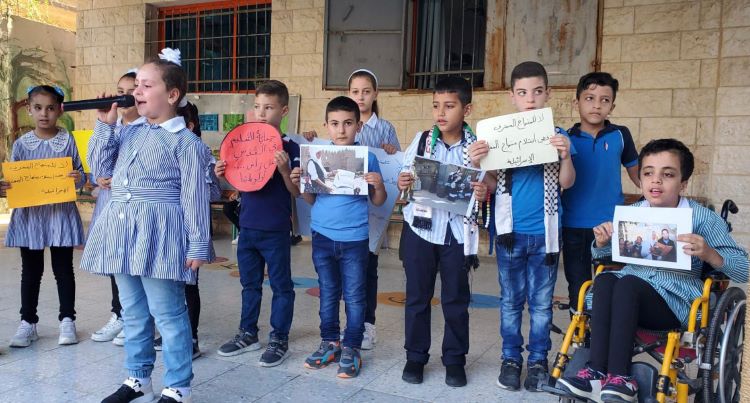 Students in the West Bank schools carried banners denouncing the Israeli violation of the right to education in East Jerusalem as they rallied in their schools in support of their colleagues in East Jerusalem.

Awartani, speaking from New York where he is attending the Transforming Education summit, called on the international community to act to protect the right to education for the Palestinian students in East Jerusalem.

“At a time when the world is meeting today at the Education Transformation Summit in New York to lead and coordinate global efforts to develop education and help students recover from the repercussions of the Corona pandemic and the challenges facing education, Palestinian children in Jerusalem are living a situation imposed on them by the Israeli occupation that forced their parents to declare a strike and not go to schools to protest the practices of the occupation against their national, historical and educational identity,” he said.

“The parents reject all forms of financial blackmail practiced by the so-called Israeli Ministry of Education and the municipality of West Jerusalem against the school administrations and the open and implied threats to assert that the right to education and study the national curriculum is an inalienable right of a people under occupation to choose their curriculum taught to their children, in line with the Palestinian narrative, history and national identity as a sovereign issue, and they are now in their homes deprived of their right to education due to the policies of this occupation," said the education minister.