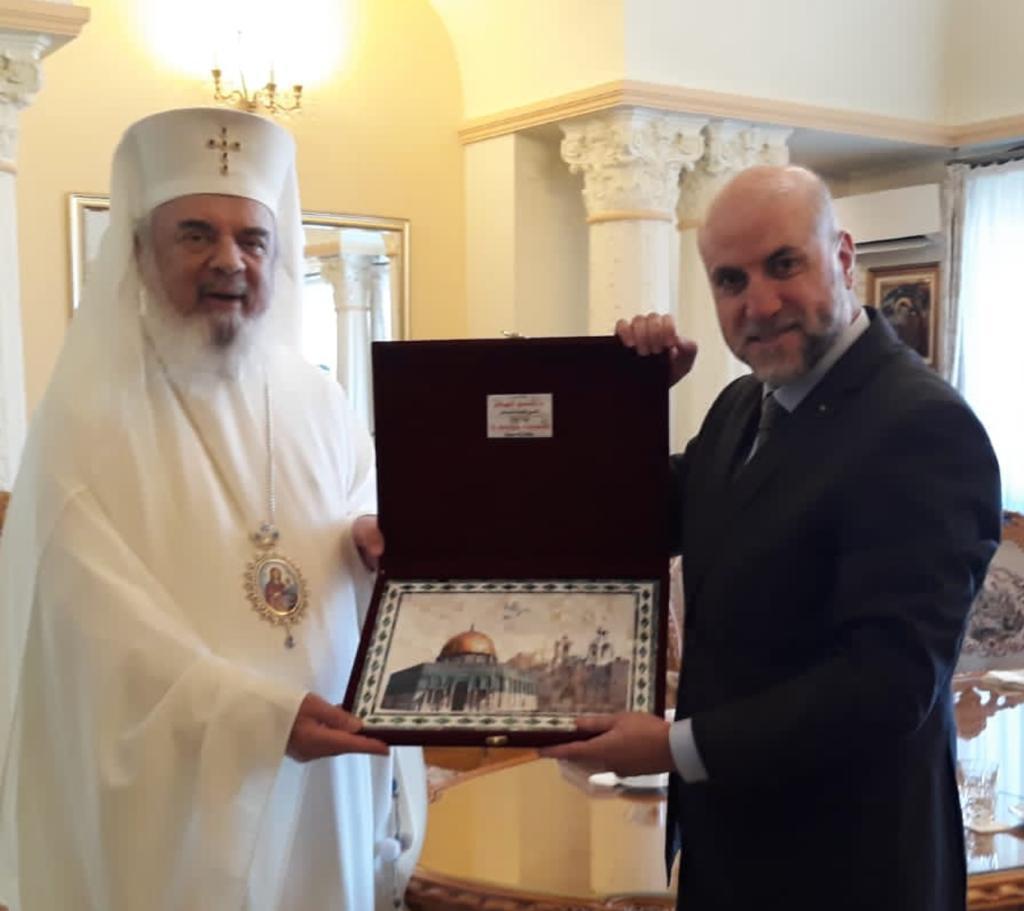 BUCHAREST, Tuesday, September 13, 2022 (WAFA) – The primate of the Romanian Orthodox Church today affirmed his support to the Palestinian people in their struggle for freedom and their own state.

Patriarch of the Romanian Church Daniel reiterated his support to the Palestinian people in their struggle for self-determination and freedom and the realization of the independent viable Palestinian State, with East Jerusalem as its capital, in line with the United Nations resolutions as he received Supreme Judge and Presidential Adviser on Religious and Islamic Affairs Mahmoud al-Habbash in Bucharest.

He underscored the profound historical bilateral Romanian-Palestinian relations underpinned on co-existence and tolerance between Muslims and Christians.

The Supreme Judge Habbash briefed Patriarch Daniel on the situation in Palestine, including on Israeli occupation encroachments upon the holy sites in Jerusalem, the isolation of Jerusalem from the West Bank in addition to the ongoing obstruction of the Palestinian people’s freedom of worship as Israel continues to impose arbitrary measures impairing freedom of movement in collective punishment of the population and impairing access to holy places.