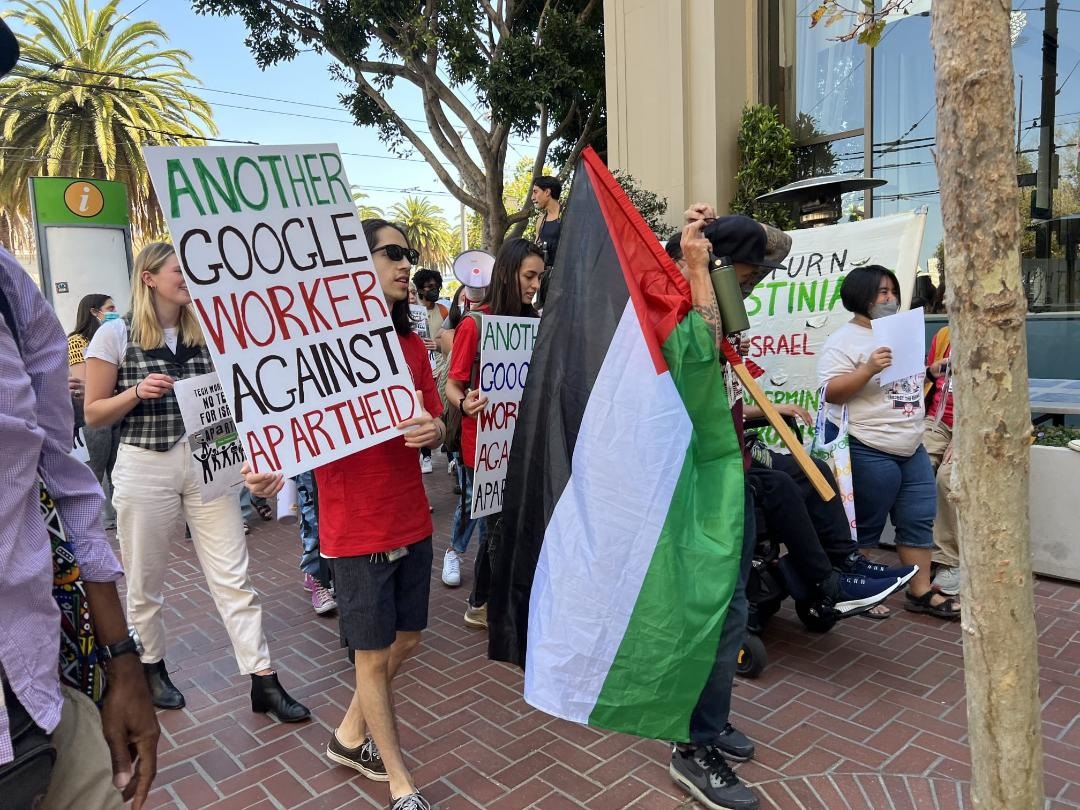 Scores of Google and Amazon employees organized protests in New York, Seattle, San Francisco, and Durham, including the tech giants' headquarters, calling for their employers to cancel their contract with the Israeli military known as "Project Nimbus".

Amazon Web Services and Google Cloud executives have signed a lucrative $1.22-billion-dollar contract with the Israeli government to supply the government ministries and the military with artificial intelligence and cloud storage facilities.

The protests were organized as part of a national day of action led by the No Tech for Apartheid campaign.

Former Google worker Ariel Koren spoke and talked about how Google retaliated against her for opposing Project Nimbus, which provides artificial intelligence services and extensive monitoring programs to the Israeli occupation army.

Participants made it clear that the Project Nimbus would strengthen the policies and mechanisms of apartheid and suppression of the Palestinian people.

Al-Jazeera pointed that the impact of the “No Technology Apartheid” initiative, organized by technologists and programmers against Google and Amazon, is growing, as it now includes nearly 42,000 American citizens who have signed its petition calling on Google and Amazon to “stop dealing with the Israeli apartheid regime and withdraw from the Nimbus project”.

It added that the petition warns that the two American tech giants’ cooperation “with Israeli apartheid is part of a larger pattern of big tech companies that are fueling (…) violence around the world,” and adds that while “the Israeli army has bombed homes, clinics and schools in Gaza and has threatened to expel Palestinian families from their homes in Jerusalem in May 2021,” the two American tech giants signed the controversial deal with Tel Aviv.