6 Palestinians injured in an attack by Israeli settlers near Ramallah 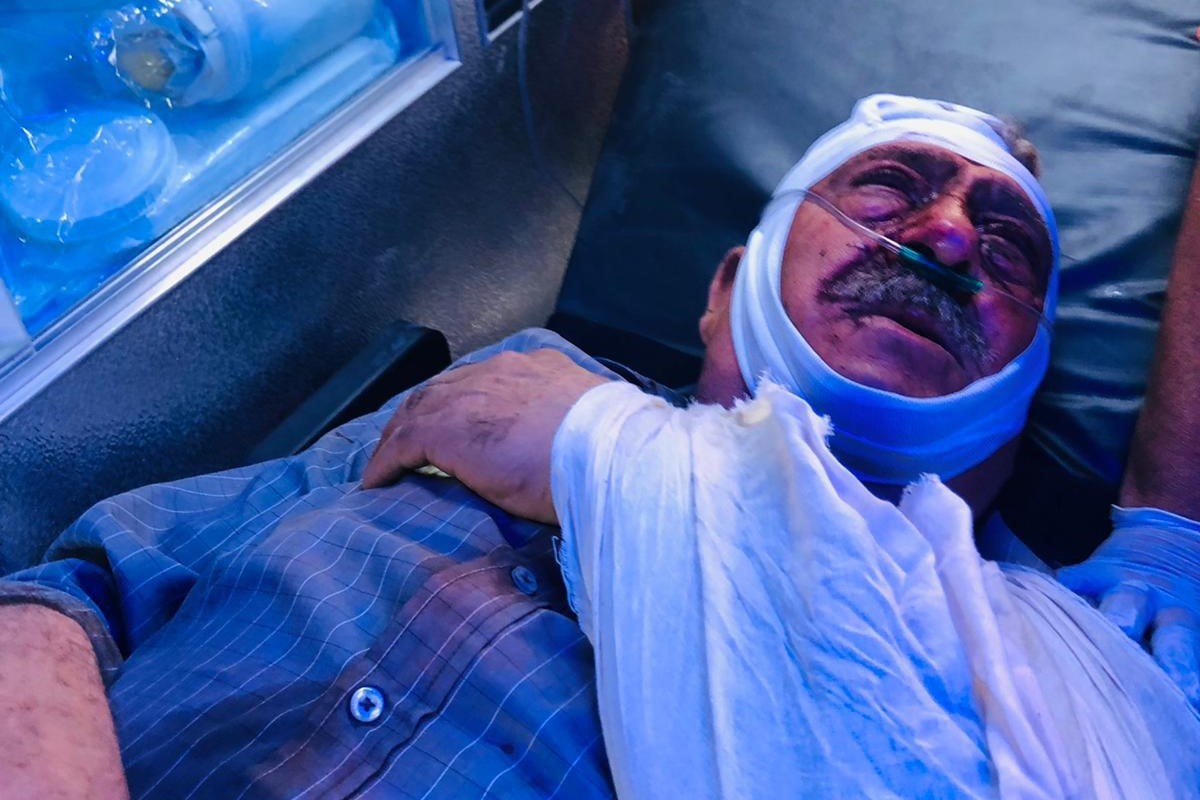 RAMALLAH, Thursday, September 8, 2022 (WAFA) – Six Palestinian civilians sustained injuries today, one of them by gunfire, in an attack by Israeli settlers on the village of Sinjil, to the north of Ramallah in the occupied West Bank, according to local sources.

Witnesses told WAFA that a group of around 20 Israeli settlers, masked and armed with rifles and backed by army, opened gunfire at Palestinian farmers and physically assaulted many of them while they were planting olive saplings in their own lands near the village.

The attack resulted in the injury of a Palestinian farmer by a bullet in his hand, while five others sustained fractures and bruises as a result of beating by the settlers. All the Palestinians wounded were moved to hospital for medical treatment, said local sources.

The attacking settlers also vandalized facilities in the outskirts of the village and smashed the windshields of five parked cars, the sources added.

Israeli occupation soldiers who were accompanying the settlers in their attack fired live shots, teargas canisters and stun grenades at local Palestinian villagers who tried to fend off the attack.

Meantime, Israeli settlers attacked four Palestinian civilians and sprayed them with pepper gas at Nablus-Tulkarm road, north of the West Bank, as well as attacked homes and vehicles in the village of Burin, south of Nablus, causing damage to some of them, according to witnesses.

Israeli settler violence against Palestinians and their property is commonplace across the West Bank and is rarely prosecuted by Israeli occupation authorities.