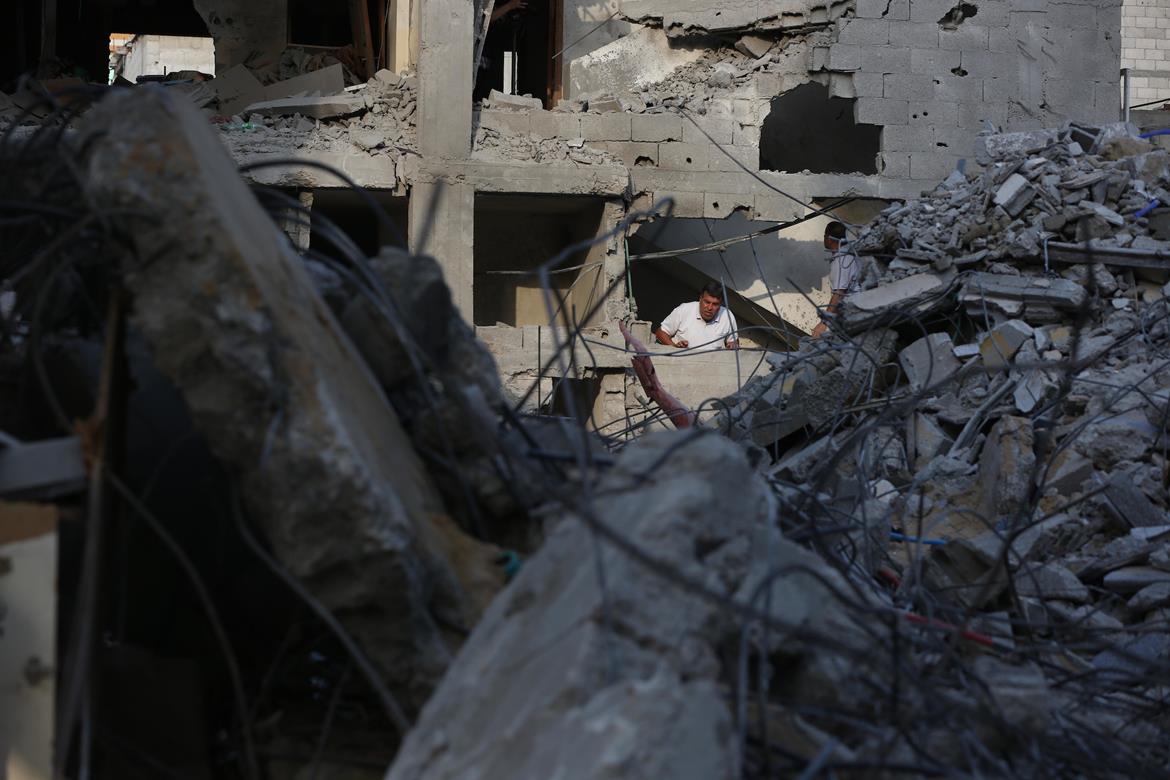 NEW YORK, Monday, August 8, 2022 (WAFA) – The United Nations Secretary-General Antonio Guterres welcomed the ceasefire agreement that ended three days of Israeli bombardment of the besieged Gaza Strip that killed 44 Palestinians, including 15 children and four women, and wounded 360 others in addition to the destruction of a large number of homes, adding that the hostilities have contributed to a humanitarian emergency.

Stephane Dujarric, Spokesman for the Secretary-General, said in a statement that the Secretary-General “is deeply saddened by the loss of life and injuries, including children, from airstrikes in Gaza,” extending “his deepest condolences to the victims of the violence and their loved ones.”

“The hostilities have contributed to a humanitarian emergency. Crossings into Gaza have been closed and power shortages are affecting essential facilities and supplies. Hundreds of buildings and homes have been destroyed or damaged, leaving thousands of Palestinians homeless,” said the spokesperson.

“The Secretary-General commends Egypt for its efforts carried out, in close coordination with the UN, to help restore calm,” added Dujarric, stressing that the Secretary-General “calls on all sides to observe the ceasefire,” and reaffirming “the United Nations’ commitment to the achievement of the two-State solution based on relevant United Nations resolutions, international law, and prior agreements and the importance of restoring a political horizon. Only a negotiated sustainable political solution will end, once and for all, these devastating cycles of violence and lead to a peaceful future for Palestinians and Israelis alike.”