Bodies of 8 martyrs, including a child, pulled from the rubble in Rafah on third day of Israeli aggression 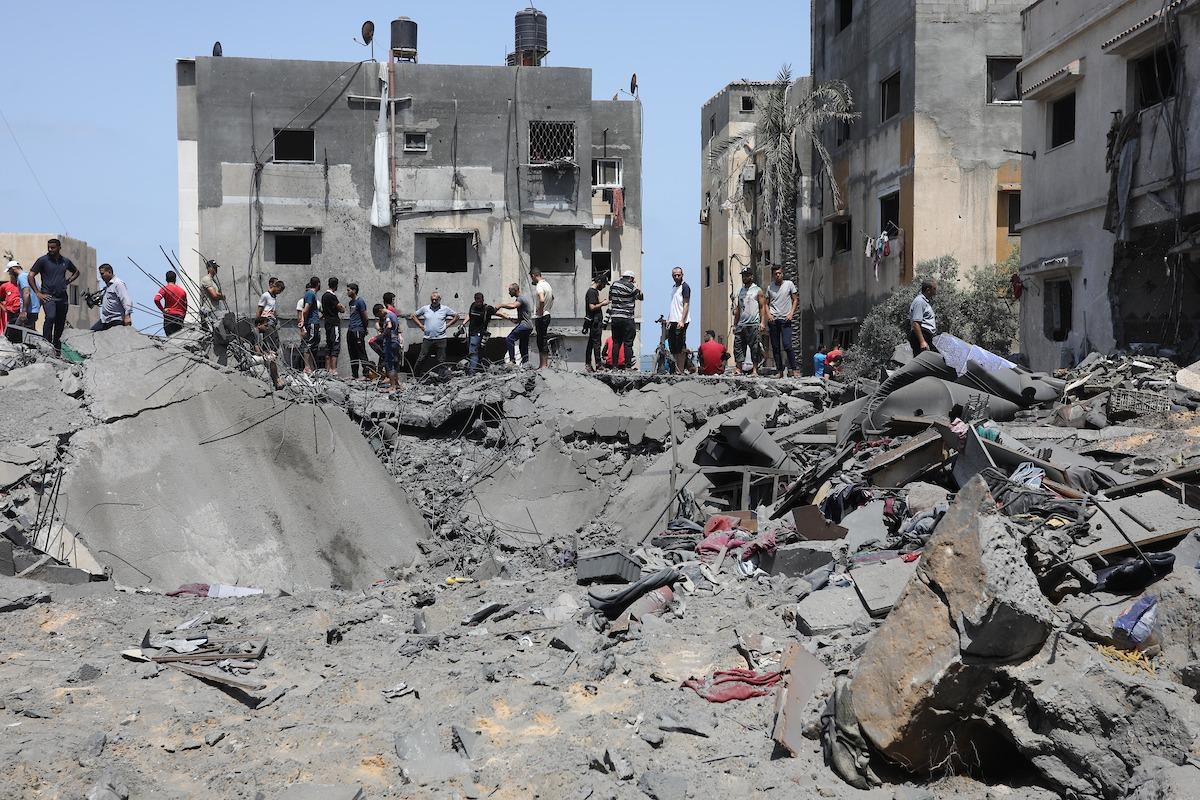 GAZA, Sunday, August 07, 2022 (WAFA) – The bodies of eight Palestinians, including a child and two women, who were killed in an Israeli airstrike last night on a house in the city of Rafah, south of the Gaza Strip, were pulled out of the rubble by civil defense teams and citizens later during the night, according to local and media sources.

Latest figures by the Ministry of Health show that the number of Palestinians killed since the beginning of the Israeli aggression on the Gaza Strip on August 05 has risen to 32, including 6 children, while 253 others have been injured, including 96 children, 30 women and 12 elderly.

He said three of the martyrs were identified as Khaled Saeed Mansour, Ziad Ahmad al-Mudallal and Ra’fat Saleh Sheikh Eid, adding that nearly 40 Palestinians wounded in the Israeli attack were evacuated to hospitals, and that the condition of some of them was described as critical.