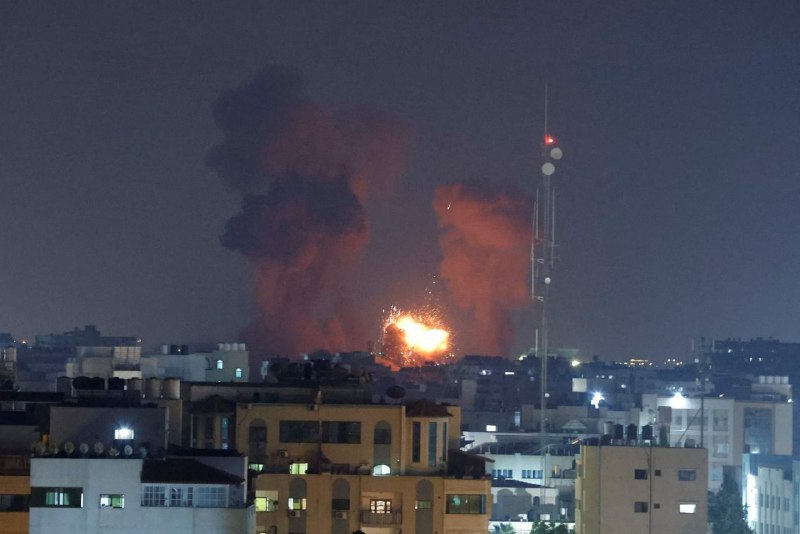 Explosions caused from an Israeli strike on the Gaza Strip. (WAFA Images)

KHAN YUNIS, Saturday, August 6, 2022 (WAFA) – A Palestinian man was killed this morning in the second day of the Israeli aggression against the besieged Gaza Strip, the 11th victim in the Israeli attacks.

WAFA correspondent said an Israeli drone fired a missile at a farm in Bani Suhaila town, east of Khan Yunis in the south of the Gaza Strip, killing one person and injuring several others.

Israeli warplanes continued today their attacks in the north, center and south of the Gaza Strip causing damage to homes and property.

Ten people were killed when Israel yesterday launched several unprovoked attacks on the Gaza Strip, including a 5-year-old baby and a 23-year-old woman, while dozens were injured, some of them said to be critical.

In retaliation, dozens of projectiles were fired from the Gaza Strip at locations in southern Israel, causing panic but no injuries.