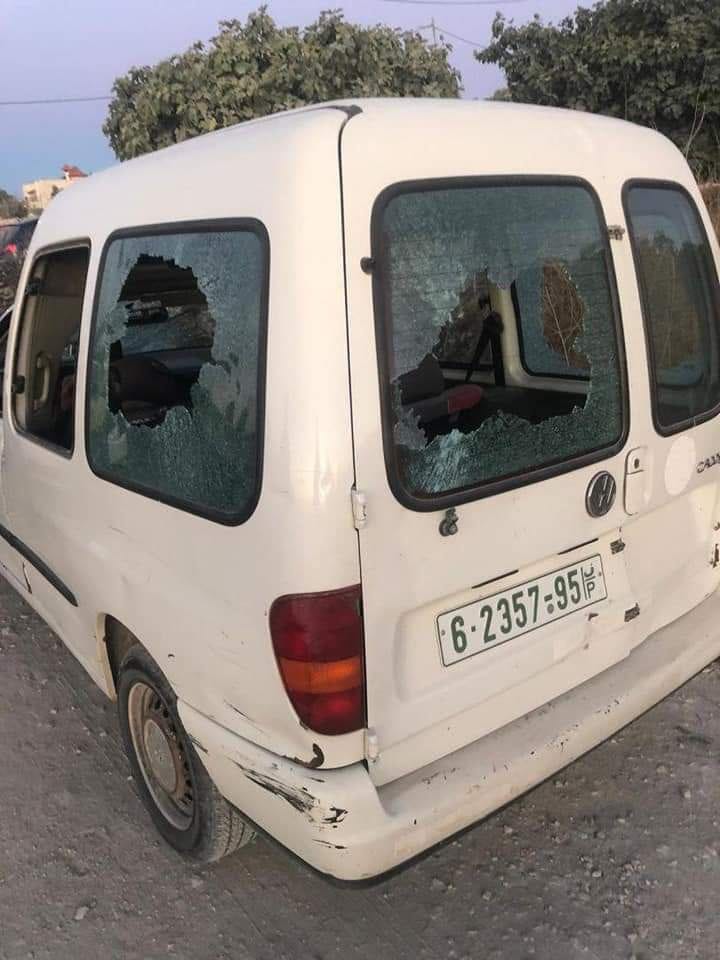 Windows of a Palestinian-owned car smashed by settlers in Tell village, near Nablus.

Ghassan Daghlas, who monitors colonial settlement activities in the northern West Bank, said that a group of settlers attacked villagers while they were tending their farmlands in the village, spewing pepper spray in their faces. Four were treated for pepper spray effects.

He added that the settlers beat up another villager, inflicting bruises across his body.

Israeli soldiers arrived on the scene, and instead of stopping the assailants, they held the man who got beaten up for several hours.

The settlers, Daghlas went on to say, set a villager’s mobile house on fire and hurled stones at a vehicle belonging to the village municipal council, smashing its windshields.

He pointed out that there has been an escalation of settler attacks against the village as a prelude to seizing its land for the expansion of the nearby colonial settlement of Havat Gilad.