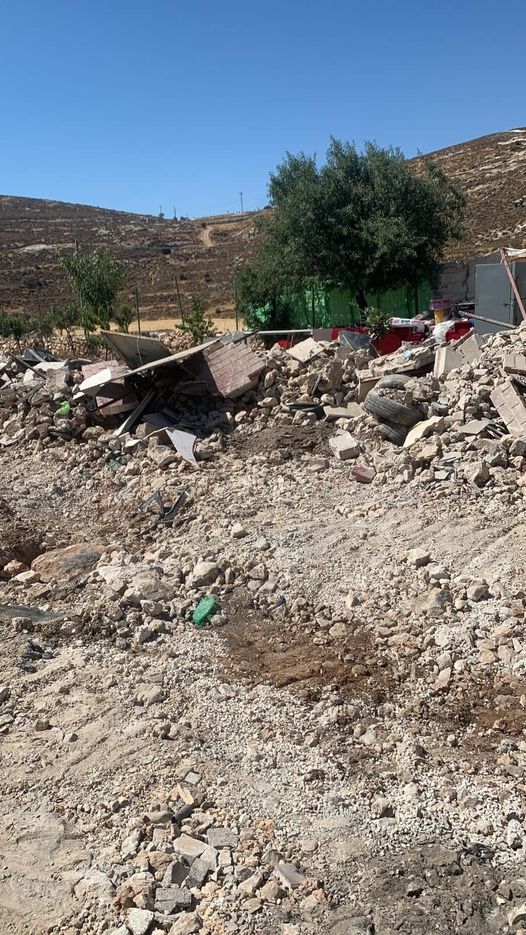 Remains of the house demolished in Birin village.

HEBRON, Monday, July 25, 2022 (WAFA) – The Israeli occupation authorities today tore down a Palestinian-owned house and other structures in Birin village, south of Hebron, according to a local activist.

Fouad al-Amour, a local activist, said that Israeli forces broke into the village as an army bulldozer proceeded to demolish a 70-square-meter house belonging to a local resident.

He added that the bulldozer also demolished stone terraces and a pond used to collect rainwater for agricultural purposes in the same area.

Amour warned that the demolitions in this area are intended to dislocate the local population in order to make way for settlement construction.

In June 2019, as shown in a PLO’s Negotiations Affairs Department’s report, Israel seized 4,800 dunams of land from several localities, including Birin, for the expansion of Bani Haiver.

Located to the southwest of Bani Na‘im, Birin has a population of 160 and is flanked by Bani Haiver colonial settlement from the east and the settler-only bypass Road No. 60 from the west. Its residents were originally expelled from Naqab in southern Israel and now depend on agriculture and livestock as their main source of livelihood.