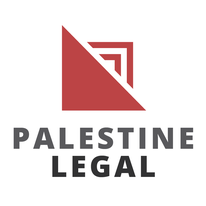 WASHINGTON, Saturday, July 23, 2022 (WAFA) – George Washington (GW) University has decided to shut down its student trauma support center, the Office of Advocacy and Support (OAS), to avoid providing trauma services to Palestinian students at the Washington DC-based university, according to Palestine Legal, an independent organization dedicated to defending and advancing the civil rights and liberties of people in the US who speak out for Palestinian freedom.

It said that the District of Columbia Office of Human Rights, following a complaint from Palestine Legal, has issued a charge of discrimination and is investigating George Washington University for refusing to provide trauma services to Palestinian students and retaliating against staff.

It said that after a year of retaliating against university staff for providing support to Palestinian students grieving Israeli state violence in 2021, George Washington University is effectively shutting down an office that provides services to students experiencing trauma.

While the Office of Advocacy and Support (OAS) had previously offered healing spaces for Asian students, Black students and other community members impacted by racism and state violence during that same school year, high level GW administrators forced OAS to remove posts and cancel services when OAS tried to prove similar support to Palestinian students, according to Palestine Legal.

GW placed OAS under an administrative audit in June 2021 and severely curtailed its work after the office announced trauma support services for Palestinian students. For the past year, OAS has been prohibited from posting to social media or communicating with professors on behalf of students.

OAS staff have left their jobs one by one as a result of university retaliation and the stifling of their mission to support students. The hostile campus environment became too much for Elbasha, who resigned from her position as the last remaining employee working in OAS on June 17.

Instead of choosing to provide mental health services to all students equally by maintaining OAS, GW has quietly allowed the office’s employees to resign without hiring replacement counselors, said Palestine Legal.

“Students are rightfully upset. GW is effectively shutting down trauma services for the entire community and preventing students from getting the help they need all because GW refuses to support Palestinians on campus,” said Nada Elbasha.

“The decision to deprive the entire campus community of the mental health services provided by OAS instead of simply treating Palestinians like everyone else is cowardly and wrong,” said Palestine Legal staff attorney Dylan Saba.

The DC Office of Human Rights investigation of GW’s cancelation of trauma support services for Palestinians is still underway. The university has also retained outside counsel to conduct an independent investigation but has not disclosed any results or findings, according to Palestine Legal.

This is not the first incident of anti-Palestinian discrimination on GW’s campus. In 2015, the university came under widespread criticism after campus police made a Palestinian pre-med student remove a Palestinian flag from their window despite permitting students of other nationalities to fly their national flags. In the face of backlash, GW’s president at the time apologized for the incident after Palestine Legal intervened.