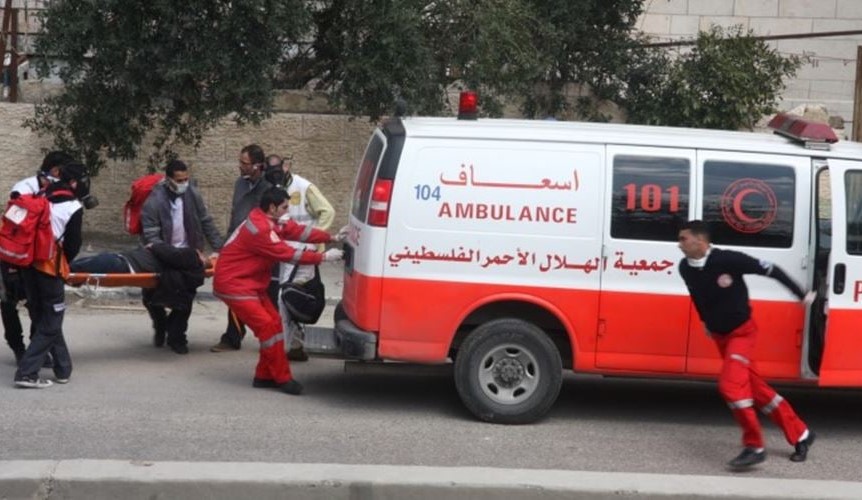 BETHLEHEM, Wednesday, July 20, 2022 (WAFA) – A Palestinian youth was critically injured this morning from Israeli army gunfire during a raid of Dheisheh refugee camp, south of the southern West Bank city of Bethlehem, according to Palestinian security sources.

They told WAFA that camp residents clashed with the soldiers who raided the camp to arrest activists, attacking them with stones while the soldiers fired teargas and stun grenades and opened gunfire at the Palestinians hitting one with a live bullet in the chest and exited from the back.

The youth was rushed to hospital in nearby Beit Jala where he was reported in critical condition.

The army left the camp after detaining four men, including a 48-year-old man and his 20-year-old son, and a 55-year-old man after raiding and ransacking their homes.