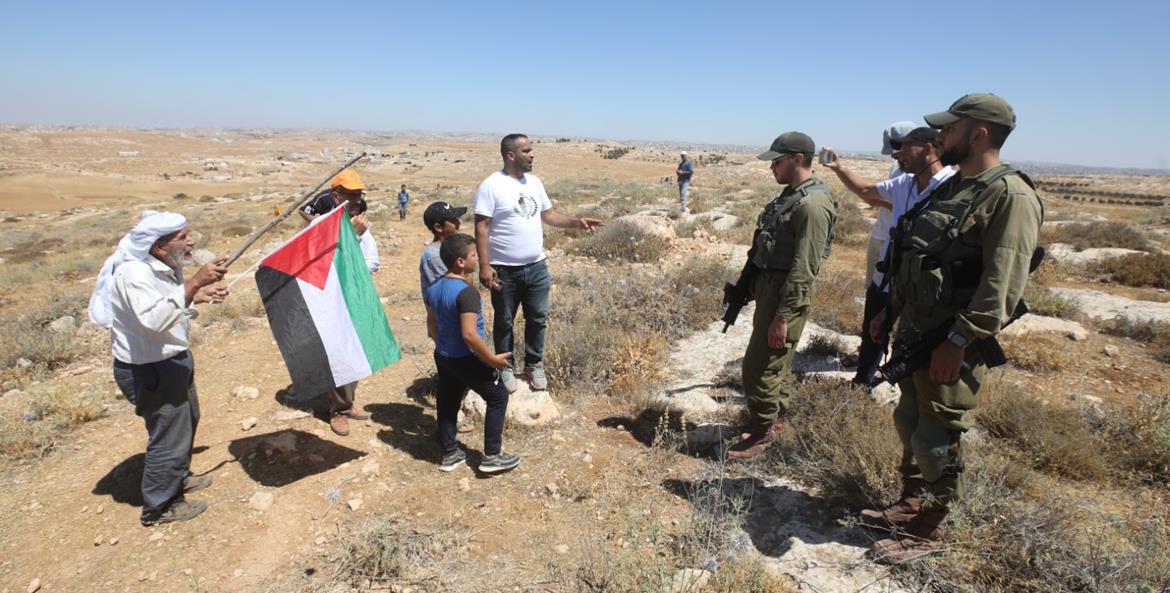 JERUSALEM, Thursday, July 7, 2022 (WAFA) - Heads of Mission of the European Union and likeminded countries together with the United Nations today warned after visiting Masafer Yatta in the south Hebron Hills and hearing from its Palestinian residents about their concerns and fears regarding their impending uprooting and demolition of their homes by the Israeli occupation authorities that forced displacement violates international law.

Some 1200 Palestinians, including over 500 children, in at least 12 communities that make up Masafer Yatta in the south of the occupied West Bank are threatened by mass demolition, displacement and forced transfer.

Diplomats met residents who explained the devastating impact of the increasingly difficult living conditions and the fear of losing their homes and livelihoods, following the Israeli Supreme Court ruling on 4 May, permitting the Israeli army to evict the residents in order to turn the area into a military training and firing zone.

Since the ruling Israeli authorities have demolished dozens of family homes and animal shelters, issued over 30 additional demolition orders and a seizure order to allow for the construction of a patrol road, reactivated military training in the area for the first time in years and impeded the delivery of humanitarian aid to families in need.

“I am deeply troubled by the testimonies I have heard today and by the coercive measures taken by Israeli Security Forces that could lead to the forced transfer of the largest community in decades in the occupied Palestinian territory. These actions are in clear violation of international law and basic human rights. By pursuing these actions notably in Area C representing 60% of the West Bank, Israel is not only acting in contravention to its obligations as an occupying power but is also taking us further away from a two state solution with a viable and contiguous Palestinian state at its core,” said the European Union Representative Sven Kühn von Burgsdorff.

As reiterated on 10 May 2022 by the Spokesperson of the EU High Representative, settlement expansion, demolitions and evictions are illegal under international law, said the statement.

“The EU condemns these actions and urges Israel to cease demolitions and evictions, in line with its obligations under international humanitarian and international human rights law. Under Art 49 of the IV Geneva Convention, forced transfer is prohibited regardless of motive, including the removal of persons from a designated firing zone or closed military area,” said the EU mission statement.