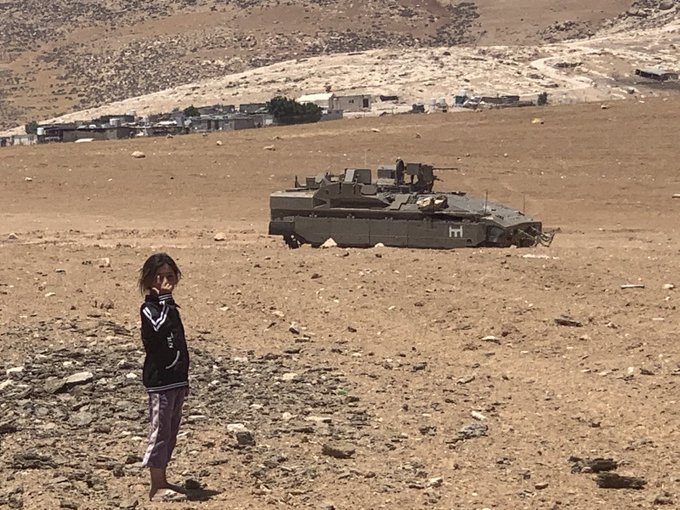 HEBRON, Wednesday, July 6, 2022 (WAFA) – Israeli army units today held military drills with live ammunition among Palestinian homes in Khallat al-Dabaa community in Masafer Yatta in the south of the occupied West Bank posing a threat to the life of the area's residents, according to Fouad al-Imour, an activist.

He told WAFA that live ammunition fell on the roofs and hit the walls of at least four homes, causing damage and panic among the residents, mainly women and children.

The Israeli army is trying to force Palestinians out of at least 12 Masafer Yatta communities affecting more than 1200 people by claiming their area as a military training zone. The Israeli High Court endorsed on May 4 the army’s claim to the land as a firing zone and allowed the demolition of the communities and the displacement of their residents.

Last week, the army held military drills in another community in Masafer Yatta also to force people there to leave the area.