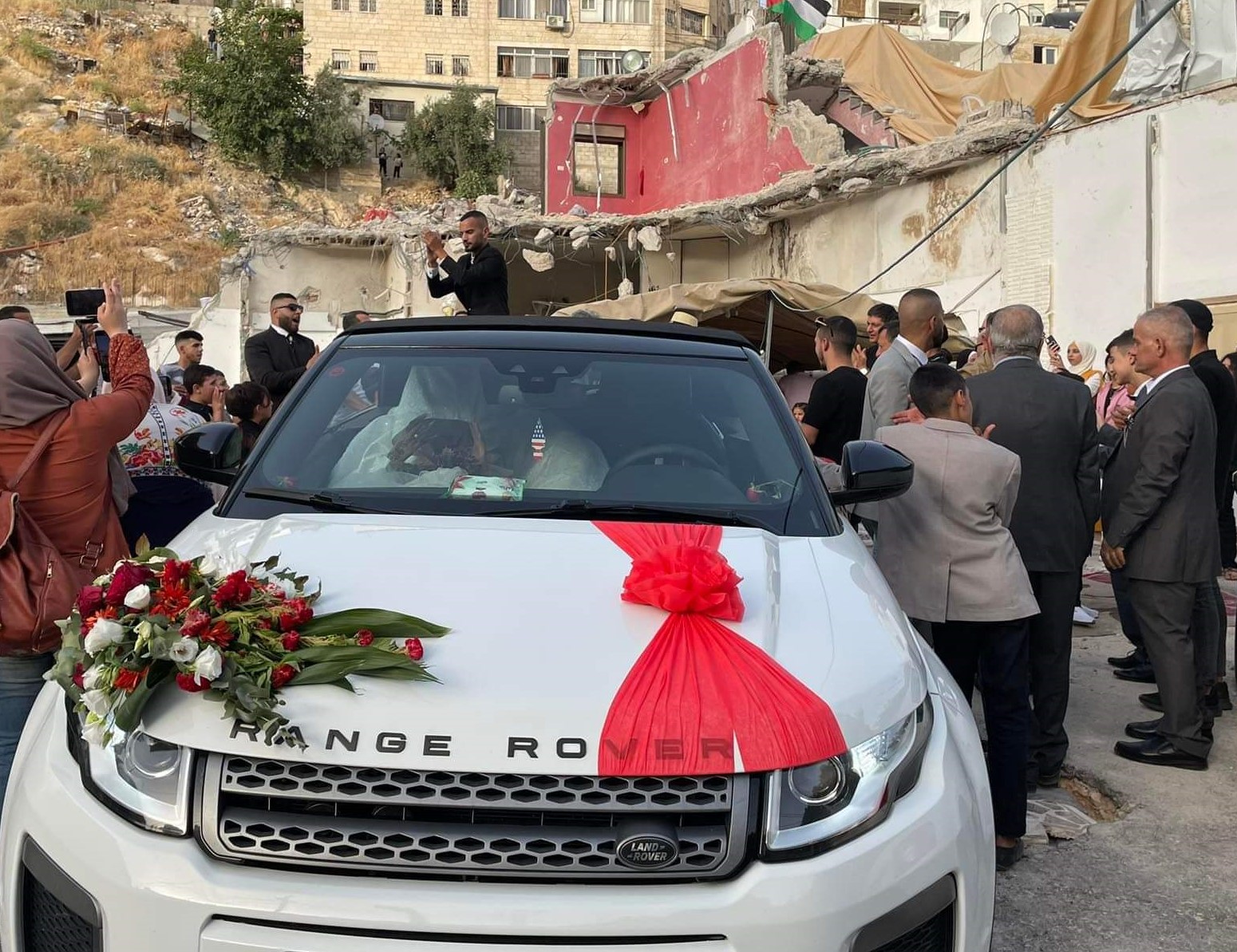 RAMALLAH, Saturday, June 11, 2022 (WAFA) – A Palestinian family from the occupied East Jerusalem neighborhood of Silwan celebrated today their daughter’s wedding on the rubble of their home, which was razed to the ground by the Israeli occupation forces on May 10.

Al-Rajabi’s home was an apartment in a five-storey building which was demolished by the Israeli occupation forces on May 10, under the pretext it was built without an Israeli permit.

At the same time, the Israeli municipality and government build tens of thousands of housing units in illegal settlements in East Jerusalem for Jewish settlers with a goal to offset the demographic balance in favor of the settler population.