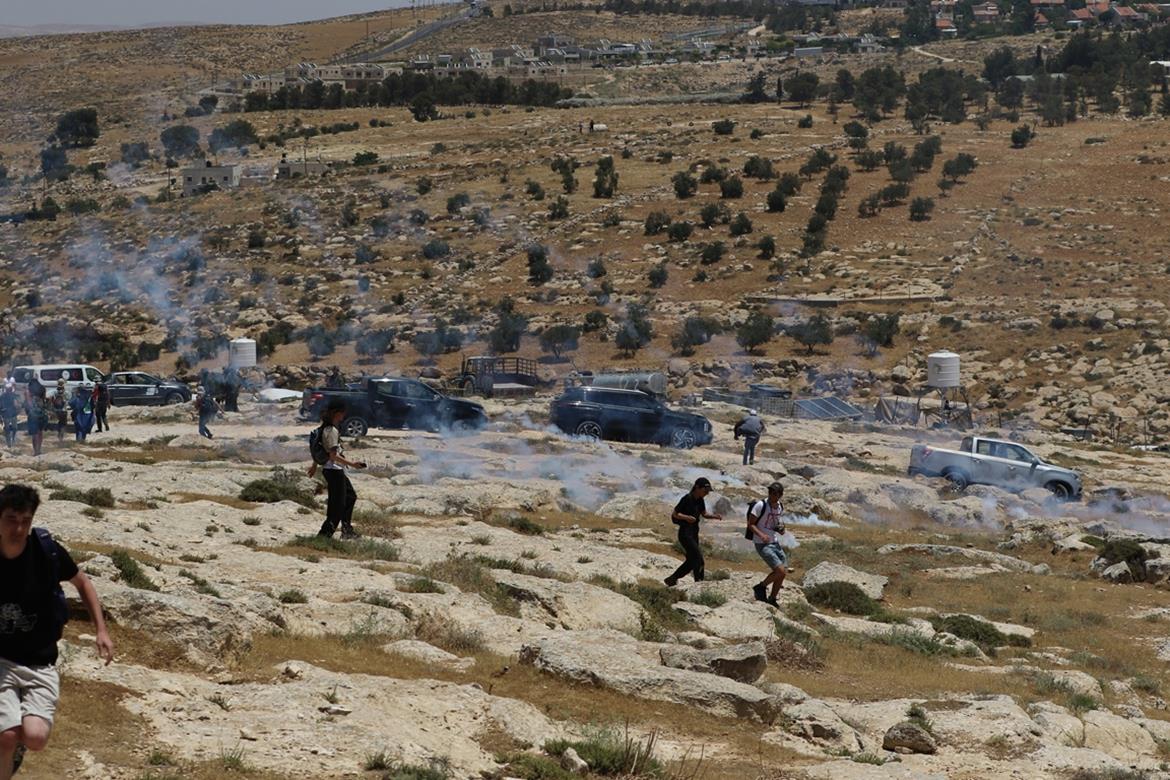 Mashhour al-Wahwah, WAFA cameraman, said scores of settlers, under military protection, attacked international activists participating in the rally and journalists covering it, and hurled stones at their cars, injuring al-Wahwah himself, Palestine TV photojournalist in addition to a number of activists.

Over a hundred Palestinians, Israelis and international activists, including Jews from US and UK, participated in the rally demanding the opening of a road that has been recently blocked settlers.

Rateb Jabour, the coordinator of the National and Popular Anti-Wall and Settlement Committees, said Israeli soldiers violently cracked down on the participants who nonviolently marched in the area and attempted to reopen the road, unleashing barrages of tear gas and concussion grenades at them.

He added that the soldiers attacked many protests with batons and pepper-spray and detained two international activists.

In early May, Israel’s top court gave the army the green light to forcibly expel some 1,300 Palestinians living in twelve villages or hamlets making up the Masafer Yatta area, which relies heavily on animal husbandry as the main source of livelihood, marking one of the largest expulsions carried out by the State of Israel in recent decades.

Masafer Yatta mayor, Nidal Younes, said that the court has ignored all evidence all the facts and evidence submitted by the families over the last 22 years showing that they have been permanently residing in the area since before 1980s.