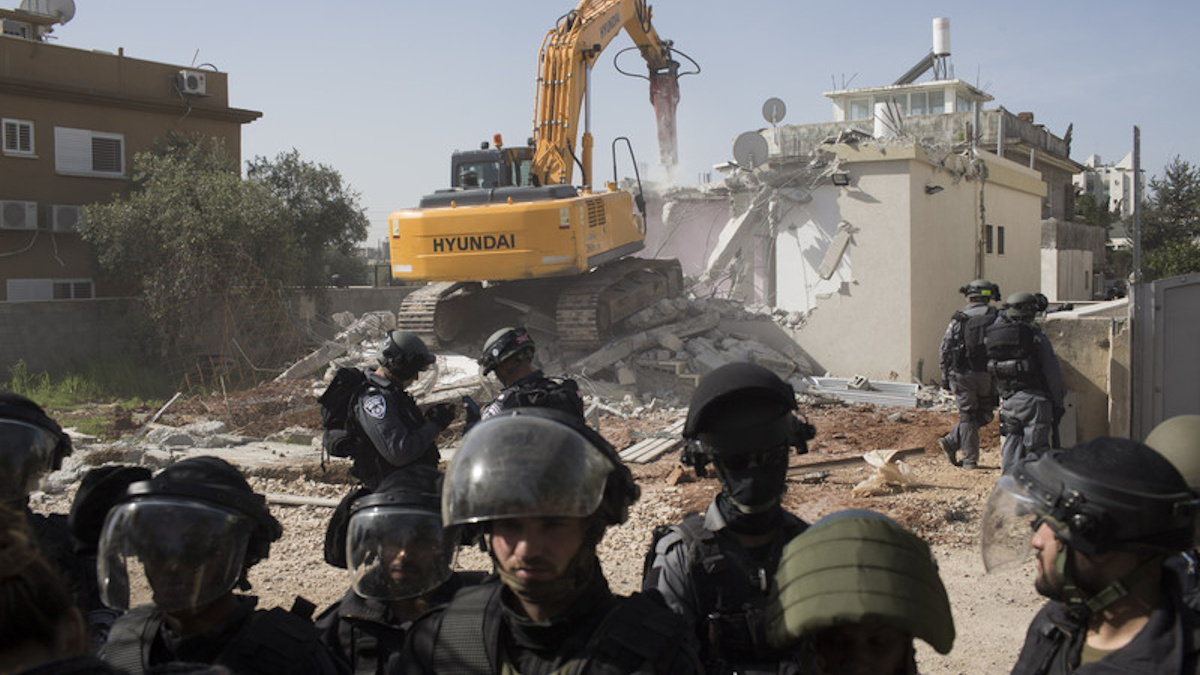 On June 1, JCB, CAT, and Volvo bulldozers raided the villages of al-Fakheet and al-Markez in Masafer Yatta and demolished homes and animal shacks, leaving entire families along with their herds homeless, Stop the Wall said in a statement.

This is the second demolition raid in less than a month. Before that, on May 11, the Israeli occupation forces and bulldozers brutally stormed Masafer Yatta and bulldozed 19 structures, including homes, animal shacks and water wells in al-Tuwani, al-Markez, and al-Fakheet.

“Such practices, which include water apartheid, systemic settler and army violence, land seizure and home demolition have been enabled by international machinery and construction companies,” said Stop the Wall, which documented that Volvo Group, JCB Machinery, Caterpillar, and Hyundai Heavy Industries have been in use for home demolition in Masafer Yatta since the start of 2022.

“This is a continuation of a long-standing complicity with Israeli colonization of Palestinian land that must come to an end.”

It called for endorsing the Boycott, Divestment, and Sanctions (BDS) campaigning against these firms and other complicit companies.