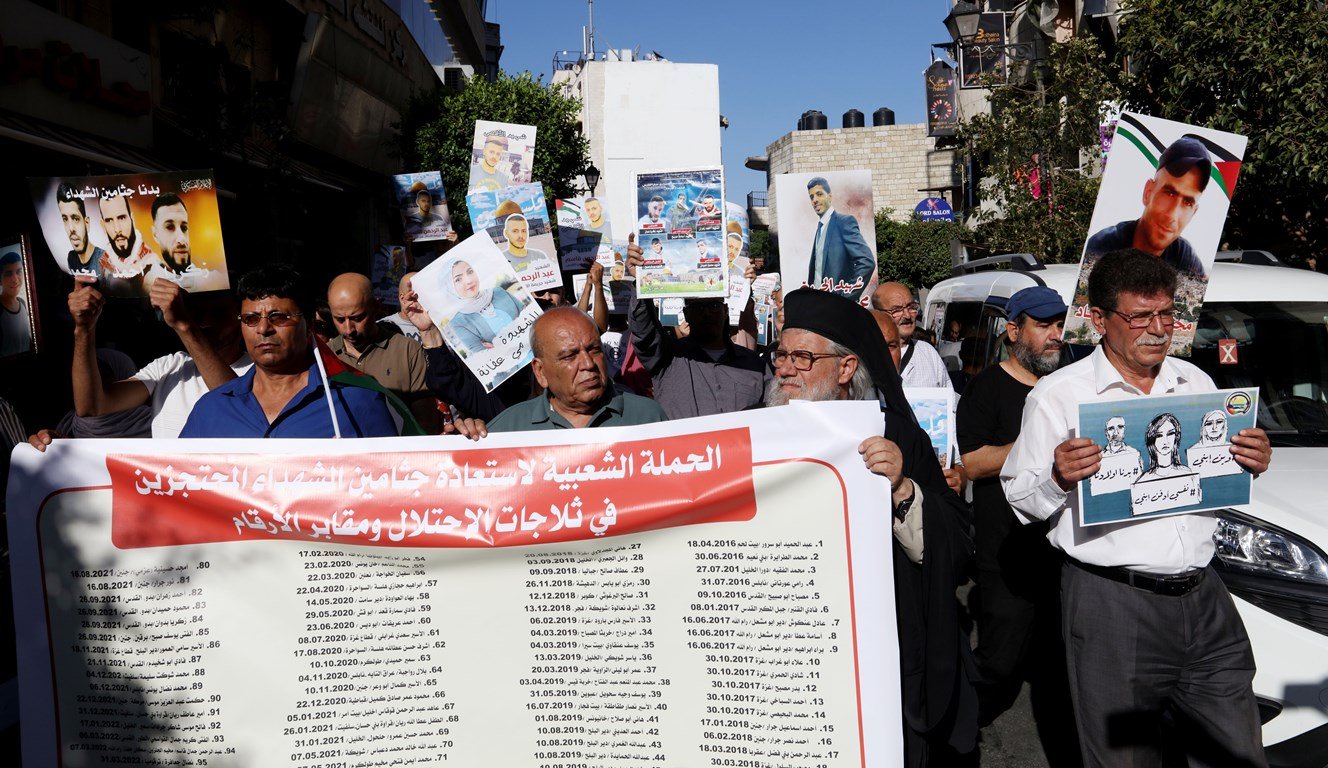 RAMALLAH, Saturday, June 4, 2022 (WAFA) – Hundreds of Palestinians marched today in downtown Ramallah, in the center of the West Bank, demanding the Israeli occupation authorities to hand over the withheld bodies of dozens of Palestinians killed by IOF during the past few years.

Layla Ghannam, the Governor of Ramallah, addressed the protesters saying that the international community has to hold Israel to account for withholding the bodies of killed Palestinians, which she described as a means of collective punishment against the martyrs’ families.

Israeli occupation authorities have escalated the practice of withholding the bodies of Palestinians killed by IOF, claiming that funerals of Palestinians had provided grounds for “incitement” against Israel.

International law considers the practice a violation of human rights. The Geneva Conventions say that the parties of an armed conflict must bury the deceased in an honorable way, and “if possible according to the rites of the religion to which they belonged and that their graves are respected, properly maintained, and marked in such a way that they can always be recognized”.

According to rights groups, the bodies of at least 105 Palestinians killed by Israeli forces since 2015 are currently withheld by the Israeli occupation authorities.

According to Adalah Legal Center for Arab Minority Rights, an NGO, Israel is the only country in the world that has a policy of confiscation of human remains, where it relies on regulations dating back to 1945 (during the British Mandate) as grounds for its policy.