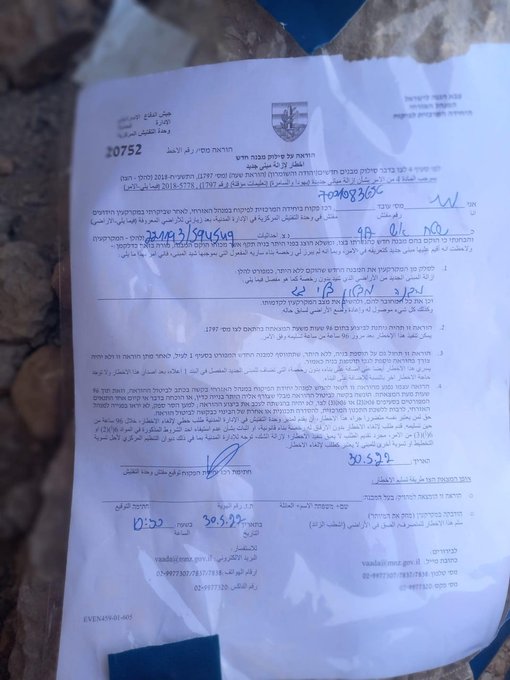 HEBRON, Monday, May 30, 2022 (WAFA) – Two Palestinian residents of Masafer Yatta in the south of the West Bank today received demolition orders against their homes, according to Fouad al-Imour, a local activist.

The Israeli army claimed the homes were built without a permit, which is impossible to get in Area C of the occupied West Bank and which is under full Israeli military control.

Israel is planning to destroy at least 12 hamlets in Masafer Yatta and displace more than 1000 of their Palestinian residents after the Israeli High Court gave the army the go-ahead with the demolition earlier this month.