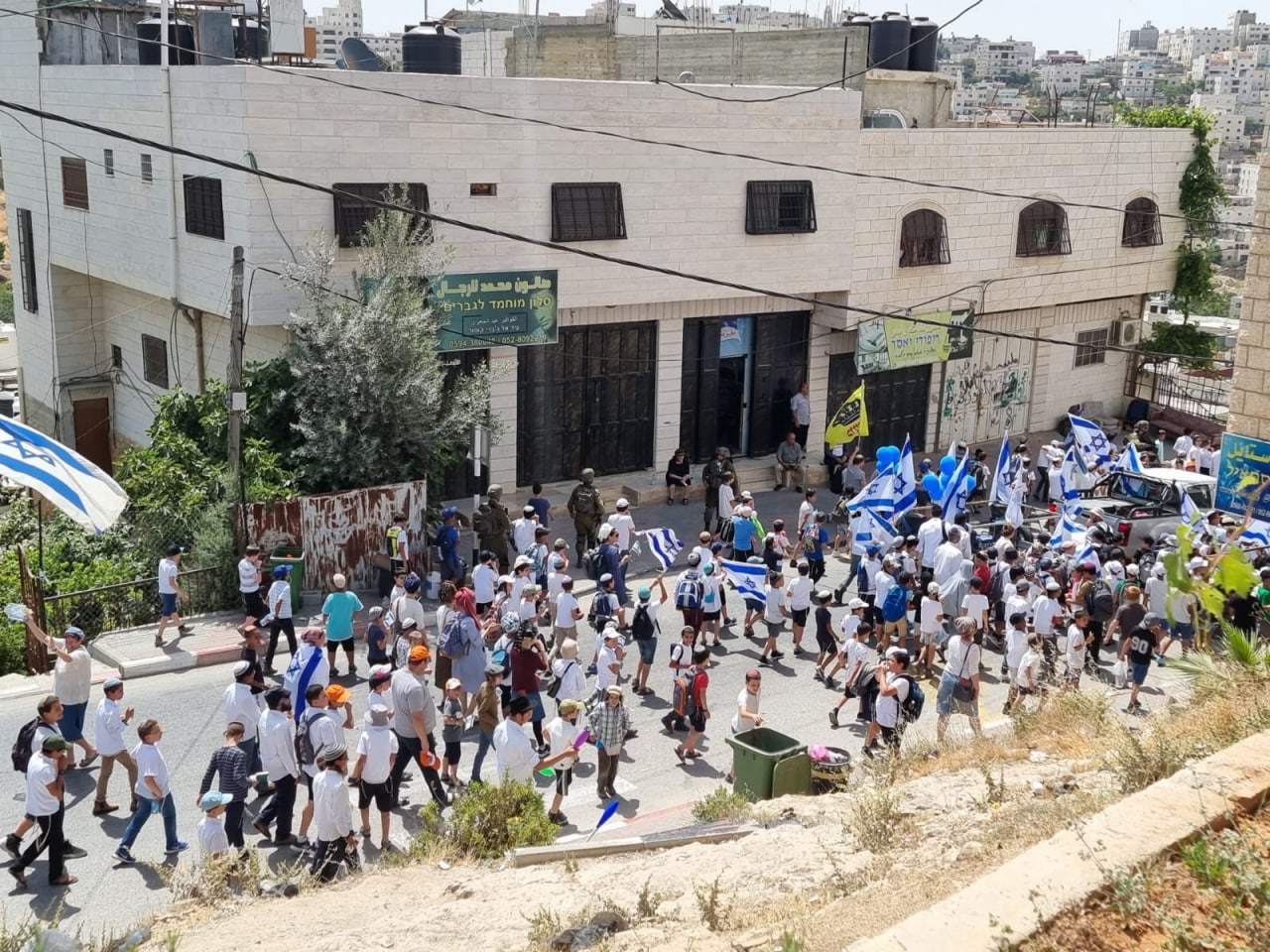 In the north of the West Bank, flag-waving settlers from the illegal Itamar settlement gathered, under heavy army protection, near a military checkpoint in the town of Hawwara, south of Nablus, interrupting traffic and provoking the Palestinians.

The students were quickly evacuated from the school with the start of the attacks, he said.

In the south of the West Bank, settlers from Kiryat Arba settlement walked through Palestinian neighborhoods in the Israeli army-controlled section of the city of Hebron, waving Israeli flags and provoking the local population.

The events came a day after tens of thousands of extremist Israelis marched through the streets of occupied East Jerusalem, attacking Palestinians and their properties, and beating journalists without the Israeli police, who were present in large numbers, doing anything to stop them.