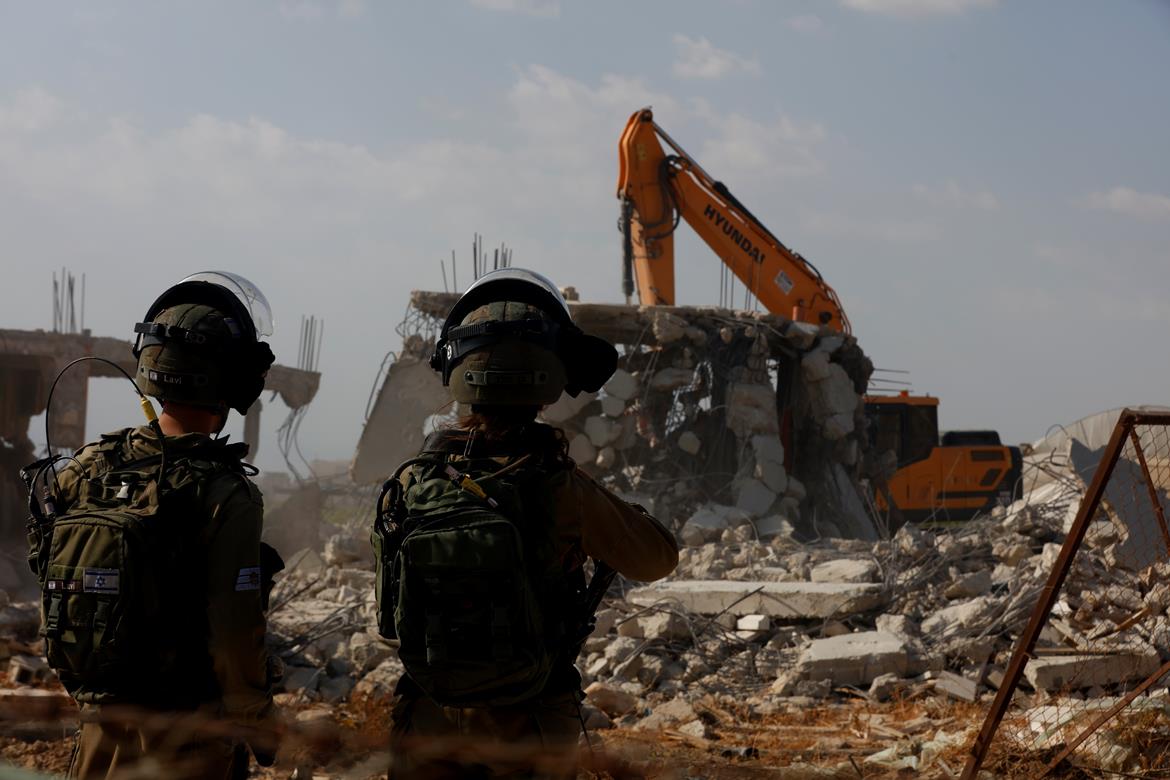 JERICHO, Monday, May 23, 2022 (WAFA) – The Israeli military authorities today demolished two Palestinian-owned houses in the Diyok area in the Jericho district in the east of the West Bank, according to a local activist.

He said that soldiers accompanied by three bulldozers demolished the two houses, each 140-square meter in area, that were still in the construction phase under the pretext they were built without a permit.