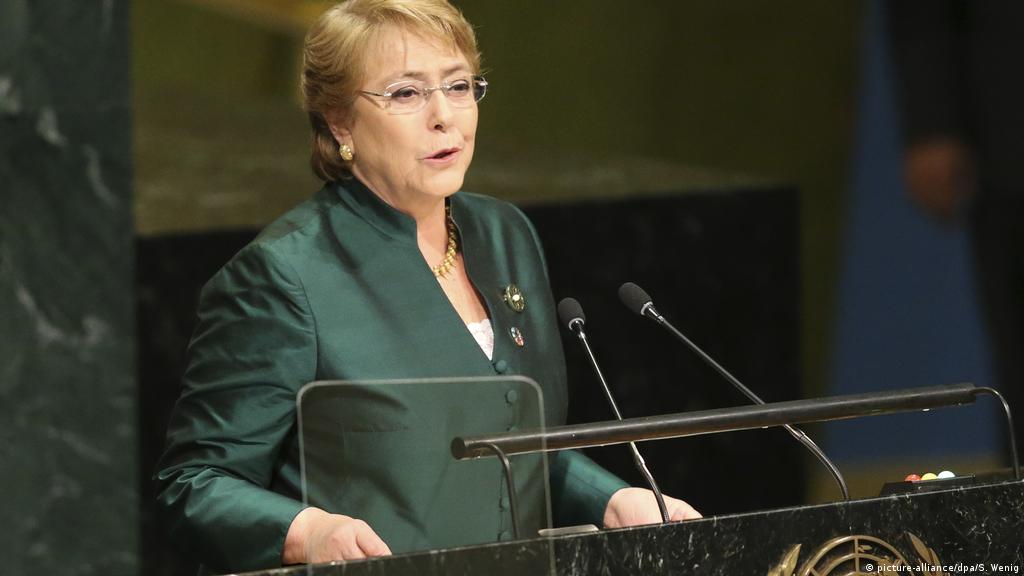 GENEVA, May 15, 2022 (WAFA) – The UN High Commissioner for Human Rights Michelle Bachelet said last night he was following with deep distress events in the occupied West Bank, including in East Jerusalem, saying the attack by Israeli police on mourners at the funeral procession of journalist Shireen Abu Akleh was shocking.

“The Israeli use of force, which was being filmed and broadcast live, appeared to be unnecessary and must be promptly and transparently investigated Bachelet,” she said in a statement.

Bachelet added, “There must be accountability for the terrible killing not just of Shireen Abu Akleh but for all the killings and serious injuries in the occupied Palestinian territory.”

UN High Commissioner called for “a prompt, thorough, transparent, independent and impartial investigation of all use of force resulting in death or injury.”

“So far this year, 48 Palestinians have been killed by Israeli security forces. Today a young man, Walid al-Sharif, succumbed to the serious injuries he sustained at Al Aqsa Mosque Compound,” she continued.

“As I have called for many times before, there must be appropriate investigations into the actions of Israeli forces. Anyone found responsible should be held to account with penal and disciplinary sanctions commensurate to the gravity of the violation. This culture of impunity must end now.”