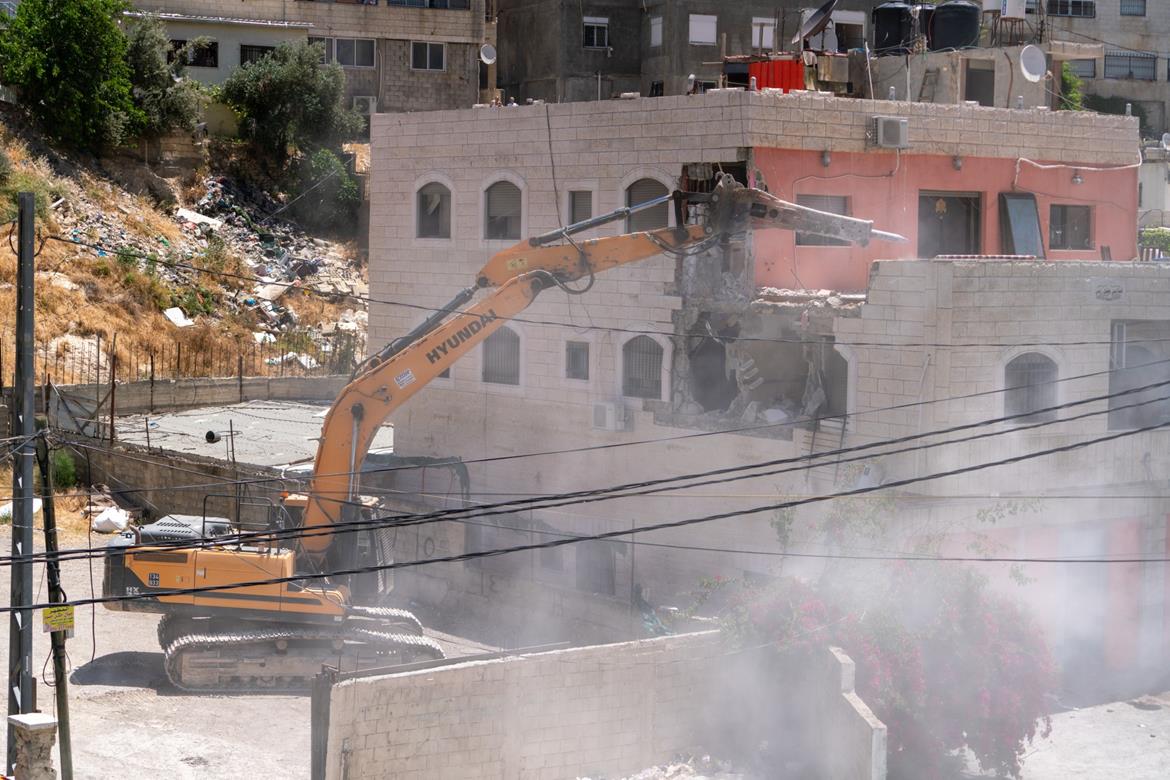 Demolition of the Rajabi building in Silwan. (WAFA Images0

They said Israeli police cordoned off the area where the building is located before a municipality bulldozer proceeded to demolish the building owned by the Rajabi family displacing, as a result, more than 30 people who lived in the second-floor apartments.

The Red Crescent said it handled five cases of Palestinians beaten by the Israeli police during the demolition, one of them was transferred to hospital.

The municipality had informed the Rajabi family of its decision to demolish its building under the pretext of lack of a building permit.

Palestinians say they are forced to build without a permit because getting one from the Israeli municipality that discriminates against the Palestinian citizens of the city as part of its demographic battle for the city is an almost impossible task thus causing a serious housing shortage for the Palestinians.

While Palestinians are not allowed to build in their city and on their lands, the municipality and Israeli government build tens of thousands of housing units for Israelis on lands expropriated from their Palestinian owners.