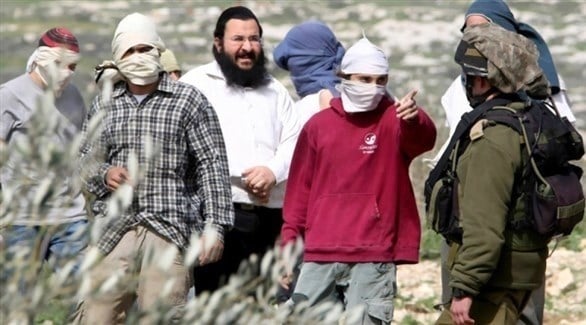 SALFIT, Saturday, May 07, 2022 (WAFA) –Hardline Israeli settlers today uprooted and chopped off about 30 olive saplings and trees for Palestinian farmers in the town of Kafr al-Dik, in the occupied West Bank province of Salfit, as well as attacked Palestinian homes in the village of Burin in Nablus province, according to local sources.

In Salfit province, witnesses told WAFA that a group of Israeli settlers uprooted and chopped off nearly 30 olive saplings belonging to local Palestinian citizens from the town of Kafr al-Dik.

In Nablus province, Israeli settlers from the illegal settlement of Braha pelted stones at homes of Palestinian civilians in the village of Burin, provoking confrontations with residents. No injuries were reported.