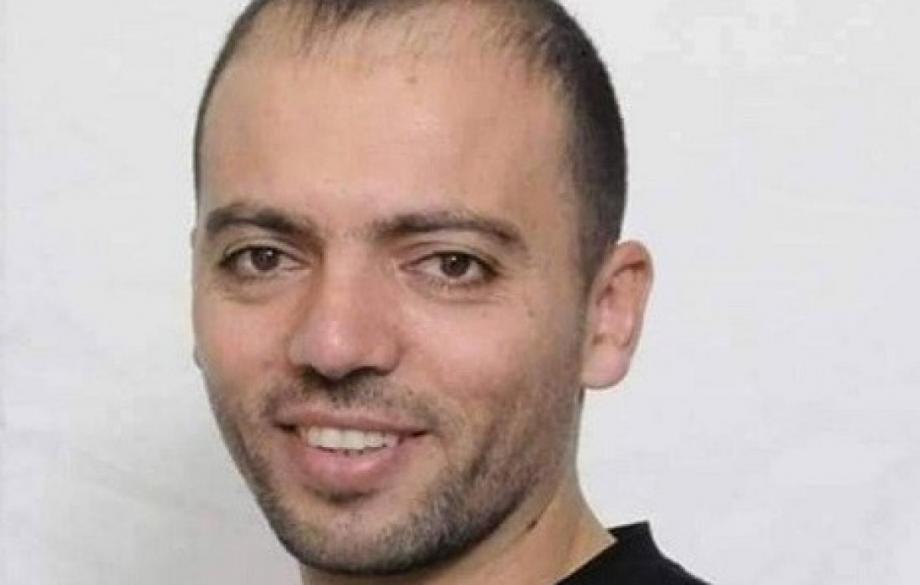 RAMALLAH, Thursday, April 28, 2022 (WAFA) – The Israeli occupation authorities today transferred a hunger-striking prisoner to a hospital following the grave deterioration of his health, according to the Prisoners’ Affairs Commission.

Spokesperson for the Commission, Hassan Abed-Rabbu, said that the Israeli Prison Services (IPS) decided to transfer Khalil Awawdeh from the Ramleh Prison clinic to the Tel Aviv-based Assaf Harofeh Hospital following a grave deterioration of his health, noting that the decision was taken during a court hearing on his case at the request of his attorney.

Awawdeh, 40, a father-of-four from Idhna town in the southern West Bank district of Hebron, has been on a hunger strike for 63 days now in protest of his illegal administrative detention without charge or trial.

He was detained on December 27, 2021 and initially transferred from a solitary confinement cell in the notorious detention facility of Ofer, west of Ramallah, to the Ramleh Prison clinic following his health deterioration, as he suffers from headache, joint pain, severe fatigue, arrhythmia, frequent vomiting in addition to significant loss of weight, as he has lost over 20 kilos.

IPS continues to reject to consider his request with regards to ending his administrative detention.