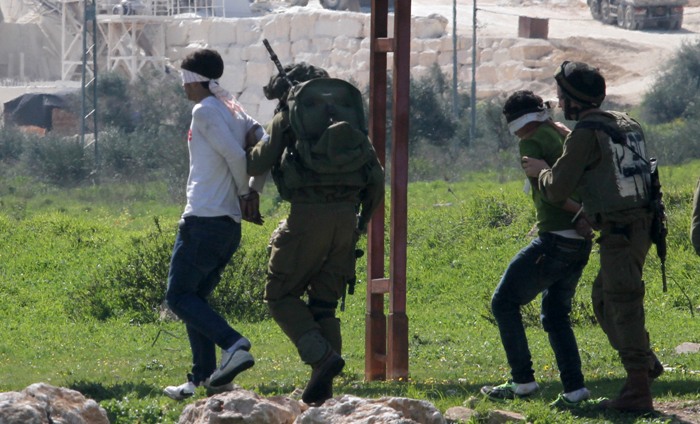 They said that Israeli forces rounded up five Palestinians in multiple raids in Ramallah and al-Bireh district.

As part of the Ramallah-district raids, the forces rounded up a Palestinian and thoroughly searched and vandalized his family house in Beit Rima town, northwest of Ramallah.

They also re-arrested a former prisoner and ransacked his family house in Jalazone refugee camp, north of the city.

They also conducted a raid in Kafr Ni'ma town, northwest of the city, resulting in the detention of another.

The fourth was identified as a resident of al-Am‘ari refugee camp, south of al-Bireh city. He was abducted by a special Israeli forces from the camp.

The fifth was identified as a resident of al-Bireh city. He was physically assaulted and detained in the course of confrontations in Jabal al-Tawil neighborhood.

In the northern West Bank, heavily-armed soldiers barged their way into Nablus city and detained another.

They also stormed Jaba‘ town, south of Jenin, where they detained three others, including a man along with his 16-year-old brother.

In the southern West Bank, the soldiers appeared at two houses in Bethlehem city, muscled inside, conducted a thorough search and ultimately detained two others, including a former prisoner.

Confrontations erupted in the Bethlehem city neighborhood of Wadi Shaheen. The soldiers opened fire towards local teens who attempted to block their passage. No injuries were reported though.

In Hebron district, the sources confirmed a raid in Surif town, northwest of the city, resulting in the detention of two others.