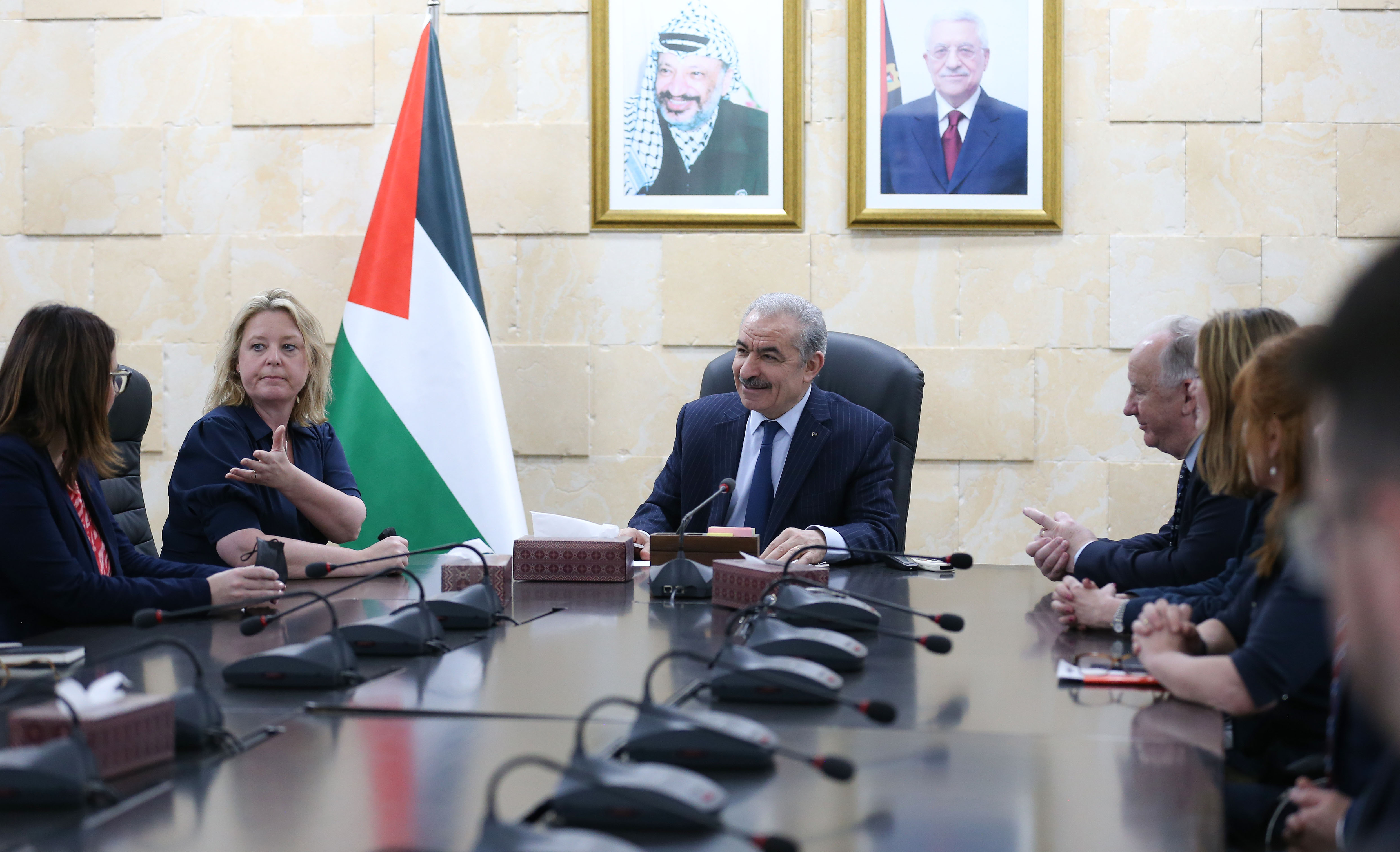 RAMALLAH, Wednesday, April 06, 2022 (WAFA) – Prime Minister Mohammed Shtayyeh renewed his demand for Britain to recognize the State of Palestine in view of its political and historical responsibility, and in order to protect the two-state solution in light of the systematic destruction it is facing as a result of Israeli measures.

This came during a meeting with a delegation from the British parliament, consisting of 15 Conservative MPs, at the premier’s office in Ramallah, during which Shtayyeh called on Britain to pressure Israel into allowing the holding of elections in Jerusalem as provided by the signed agreements.

He stressed the need to apply international law on Israel and to hold it accountable for its actions and violations against the Palestinian people, referring to multiple reports issued by a number of human rights institutions, especially Human Rights Watch, Amnesty, and B'Tselem, on the Israeli apartheid system against Palestinians.

Shtayyeh briefed the delegation on the latest developments and the Israeli measures, including the significant increase in the pace of settlement construction, the daily incursions into Palestinian lands, and the killings and arrests, in addition to the difficult economic situation the PA is facing as a result of the continued unfair Israeli deductions from the Palestinian clearing funds.