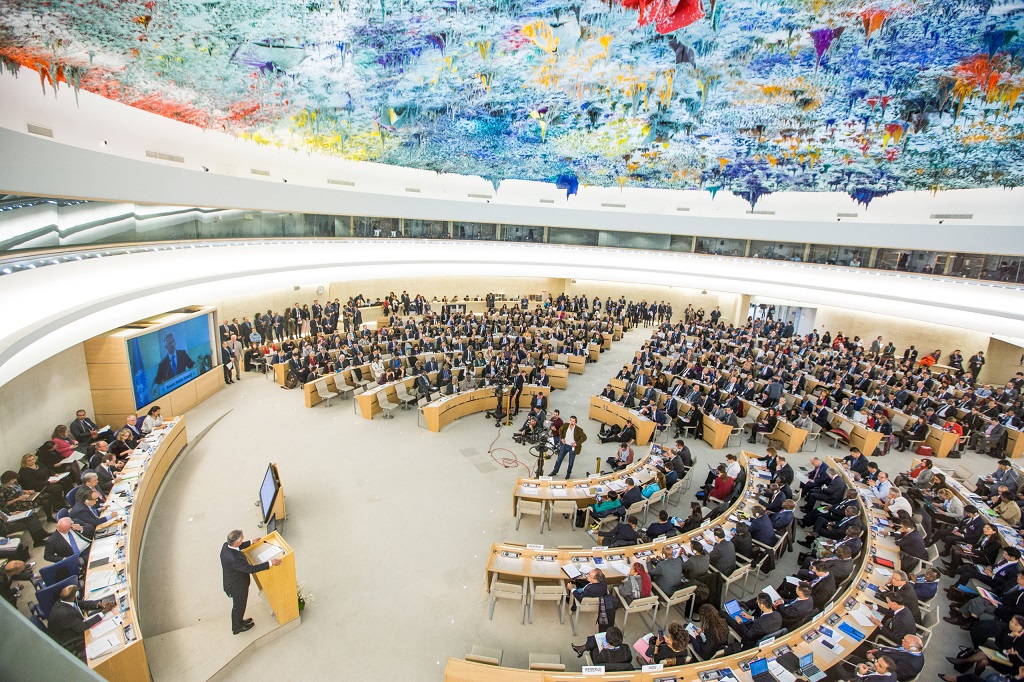 GENEVA, Thursday, March 31, 2022 (WAFA) – The Palestinian Ministry of Foreign Affairs and Expatriates commended today a unanimous vote by the UN Human Rights Council in favor of a resolution on ensuring accountability and achieving justice in Palestine.

The Ministry welcomed the resolution and thanked the member states that voted in favor of the draft resolution, which had been submitted by the State of Palestine through its UN mission and through brotherly and friendly countries. It said the unanimous vote in favor of the resolution “reflects the principled position of the member states on the importance of accountability of the Israeli colonial and apartheid regime.”

“The international consensus and the vote in favor of Palestine’s resolutions is a form of protection for the Palestinian people and preserving their rights, which would ultimately lead to the dismantling of the Israeli apartheid regime,” said the Ministry in a statement, adding that the vote is evidence of “the commitment of these countries to ensure those who perpetrate war crimes and crimes against humanity against the Palestinian people are held to account.”

The Ministry said it “will work hard to turn these resolutions into effective steps for the international community to comply with international law, ensure its respect in the land of the State of Palestine and impose foundations for decolonization and for dismantling of Israeli apartheid.”

The Ministry urged the international community “to hold Israel and Israeli war criminals to account,” and stressed that “the policy of double standards and selectivity in implementing the rules of international law will undermine the rule-based international order."

"The Palestinian diplomacy will not allow the rights of our people to be violated, especially its rights to self-determination, independence and return.”