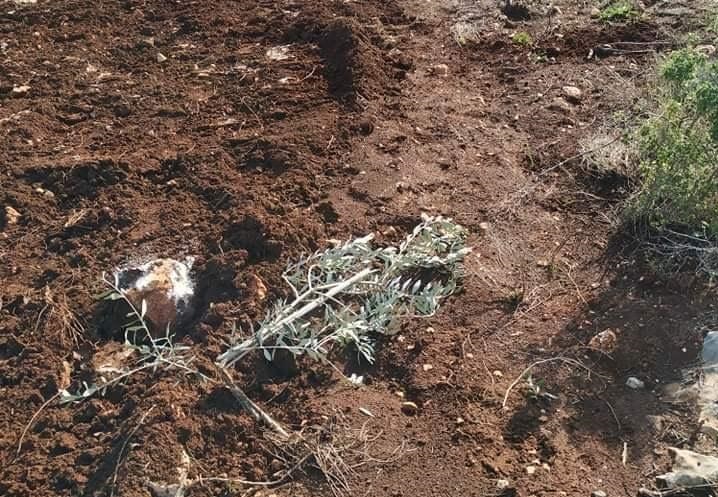 SALFIT, Tuesday, March 15, 2022 (WAFA) – Israeli settlers today uprooted 200 olive saplings in the town of Bidya, west of the northern West Bank city of Salfit, and stole them, according to Azmi Hamdan, owner of the land where the saplings were vandalized.

He told WAFA that he discovered the vandalism when he went to his land and realized that the settlers have uprooted more than 200 olive saplings he had planted in  his land and that they stole them.

The settlers have their eye on that section of the town with an area of 4,000 dunums in order to build a new settlement as part of a ring of settlements in the area located between Salfit and the city of Qalqilya.