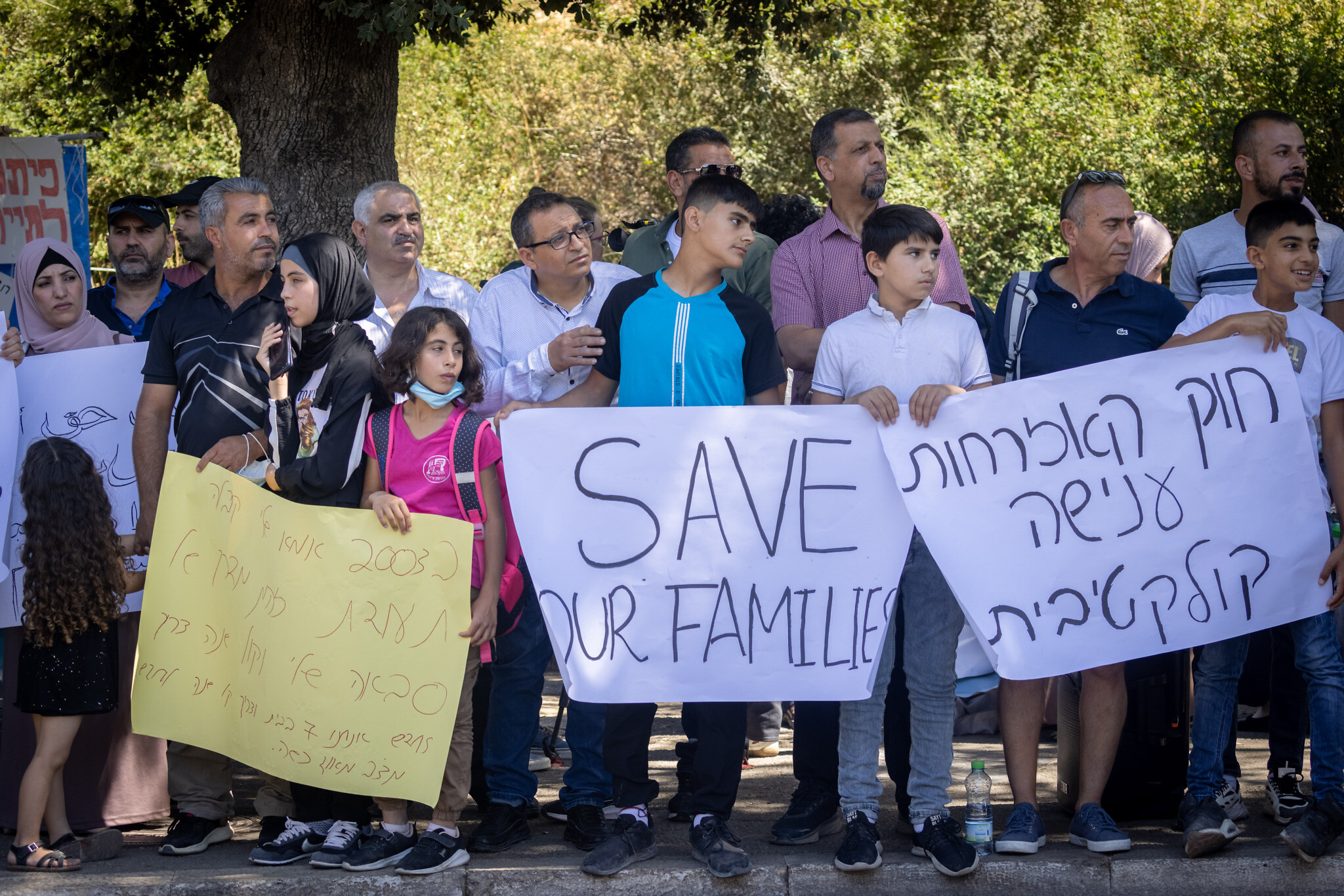 HAIFA, Monday, March 14, 2022 (WAFA) - Adalah – The Legal Center for Arab Minority Rights in Israel yesterday filed a petition to the Israeli Supreme Court in its own name and on behalf of three Palestinian families against the Citizenship and Entry into Israel Law (Temporary Order) – 2022 adopted by the Israeli Knesset on 10 March 2022.

The petition demands that the Law be revoked, as it is discriminatory on its face, violates fundamental constitutional rights and is contrary to international law.

The new law adopted by the Israeli Knesset incorporates provisions from an earlier Temporary Order, initially enacted in 2003 for a period of one year. The Knesset has extended the prior law 21 times over the last 18 years. However, on 6 July 2021, the Law expired, after the Knesset failed to achieve the majority required to extend it due to competing political factions.

The petitioners argued that the new 2022 Law (Temporary Order) makes it explicitly clear that the Law's primary purpose is demographic, as Adalah had also argued in its previous petitions against the law. This purpose is emphasized in several provisions of the law, including in section 1 which reads: “taking into consideration the fact that Israel is a Jewish and democratic state,” and in another provision that sets a quota on the number of permits granted by the Interior Minister for “special humanitarian reasons”. Setting a quota excludes the possibility of any individual examination of applications.

The petitioners further argued that the security justifications made during the process of drafting the law in the Knesset also indicate an improper demographic purpose. The law’s initiators relied on sweeping determinations that any "descendants" of a Palestinian parent constitute a security threat. They also relied on the prohibited "enemy alien" doctrine, which determines that any individual living in an "enemy territory" is to be considered an enemy.

They contended that the law is one of the most racist and discriminatory laws in the world.

"The [Law] is not only the most racist Law in the Israeli law books, but there is no country in the world that harms the status of citizenship or residency of its own citizens or residents, the core of which is family life, based on ethnic or national affiliation. There is no country in the world that restricts the right of its citizens or residents to family life with spouses from their own people. Even the Supreme Court in South Africa in 1980 during Apartheid, in a precedent-setting judgment, struck down a similar law which prohibited the unification of Black families in areas where whites lived, arguing, among other things, that Apartheid was never intended to harm family life,” said the petitioners.

In Adalah’s view, the repeated extensions of the 2003 Temporary Order, including the passage of the new 2022 Temporary Order, effectively renders it as permanent legislation. The majority of Israeli Supreme Court justices in the two previous judgments on the matter, in 2006 and 2012, have given significant weight to the temporariness of the Law in order to justify it.

Therefore, the petitioners demanded the issuance of an immediate injunction ordering the Interior Minister and the Knesset to explain why the Law should not be struck down and ordering the delay of its entry into force.

A few hours after the petition was submitted, the Supreme Court issued a decision denying Adalah’s request for an immediate injunction, and ordered the State to file its initial response to the petition by 15 May 2022.

Adalah added: "For the first time, the Law explicitly states that the ban on Palestinian family unification is intended to serve the Jewish character of the state. The legislators themselves stated that they saw fit to do so, given the 2018 Jewish Nation-State Law. As Adalah argued then, the Jewish Nation-State Law constitutionally enshrines Jewish supremacy over Palestinians and has distinct characteristics of apartheid. Now the Supreme Court will have to decide whether they will continue to allow the state to operate on two separate citizenship tracks based on national and ethnic affiliation under the eternal pretext of temporality.”