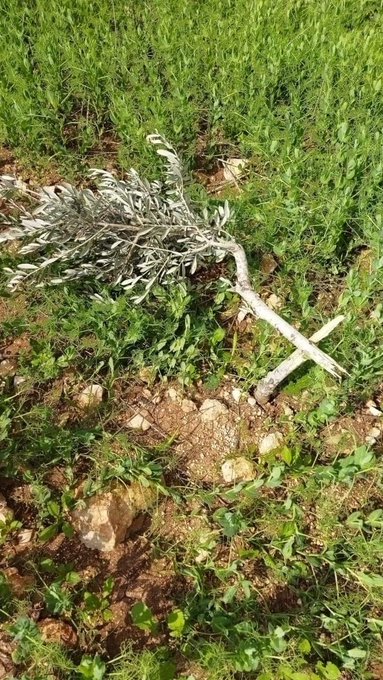 Kana‘an al-Deek said that a group of settlers sneaked their way into his 160-donum olive grove, located in the Thahr Subh area, a frequent target of attacks from encroaching nearby colonial settlements, and chopped down 50 olive saplings.

He added that he and his brother recently planted their grove with olive saplings at the age of 4 to 6 years.

Meanwhile, the town mayor, Mohammad Naji, said settler bulldozers razed the rainwater drains in the Umm Hanun and Susiya areas, north of the town, and closed the road leading to villagers’ groves with earth mounds.

He added the assailant settlers also leveled an agricultural room belonging to Ammar al-Deek, a farmer, in the ‘Ar‘ara area, north of the town, an area which has become a frequent target of unprecedented attacks to seize it in favor of colonial settlement expansion.