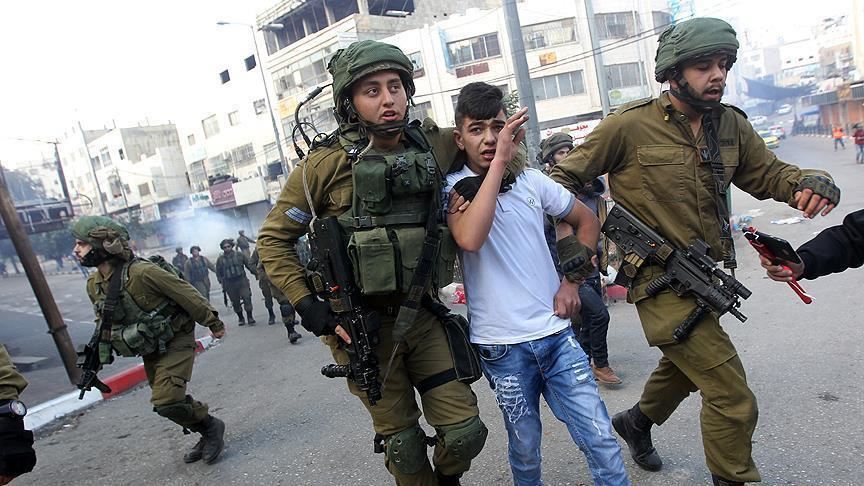 Israeli soldiers detain a Palestinian minor from the West Bank

They said that Israeli forces rounded up three Palestinians, including a youth along with his disabled elderly father, after breaking into and searching their houses in Qabatiya town, south of the northern West Bank city of Jenin.

Meanwhile, gun-toting soldiers detained another after storming his house in Qalandiya refugee camp, north of Jerusalem.

Israeli military vehicles also stormed the nearby town of al-Ram, where the soldiers detained two others.

The sources confirmed a similar raid in Beit Anan town, northwest of Jerusalem, resulting in the detention of another.