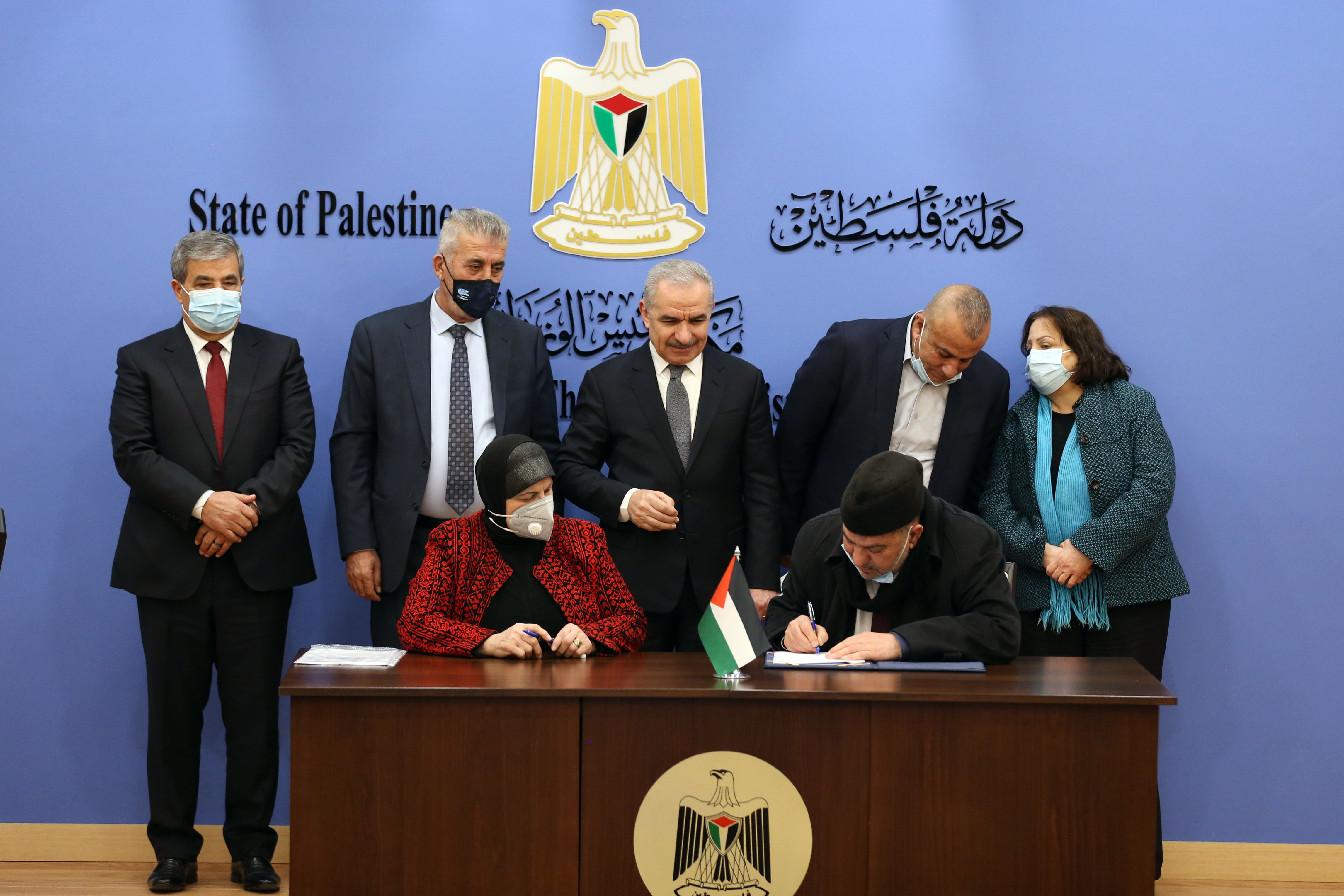 The signing ceremony of the four agreements (WAFA Images).

RAMALLAH, Wednesday, January 12, 2022 (WAFA) - Under the patronage and in the presence of Prime Minister Mohammed Shtayyeh, the Ministry of Local Government signed today four agreements with the Islamic Development Bank at a value of about 33 million US dollars.

The agreements were signed by Minister of Local Government Magdi al-Saleh and the advisor of the Islamic Bank in the West Bank and Jerusalem, Ikhlas Al-Ratrout.

A third agreement worth $2 million for the implementation of a project to equip and furnish a maternity hospital in the Shifa Medical Complex in Gaza City was also signed.

The fourth agreement, which is targeting restoring, rehabilitating, and maintaining buildings in the Old City of Hebron, at a value of 1 million US dollars, was also signed by Hebron Mayor Taysir Abu Sneina with a representative of the Islamic Development Bank.

"What distinguishes these projects is that their funds are allocated from Arab funds...I hope the authorities that will implement the projects would accelerate their implementation to the fullest," the Prime Minister said during the signing ceremony.

Shtayyeh thanked the Arab funds and the Islamic Development Bank in Jeddah, for their continuous support to Palestine, noting that the projects will be dedicated to roads, the health sector, and the reconstruction of the Old City of Hebron, to enhance the steadfastness of our people in all governorates.

He pointed out that a package of projects funded by the Arab Fund in Kuwait will be announced soon.