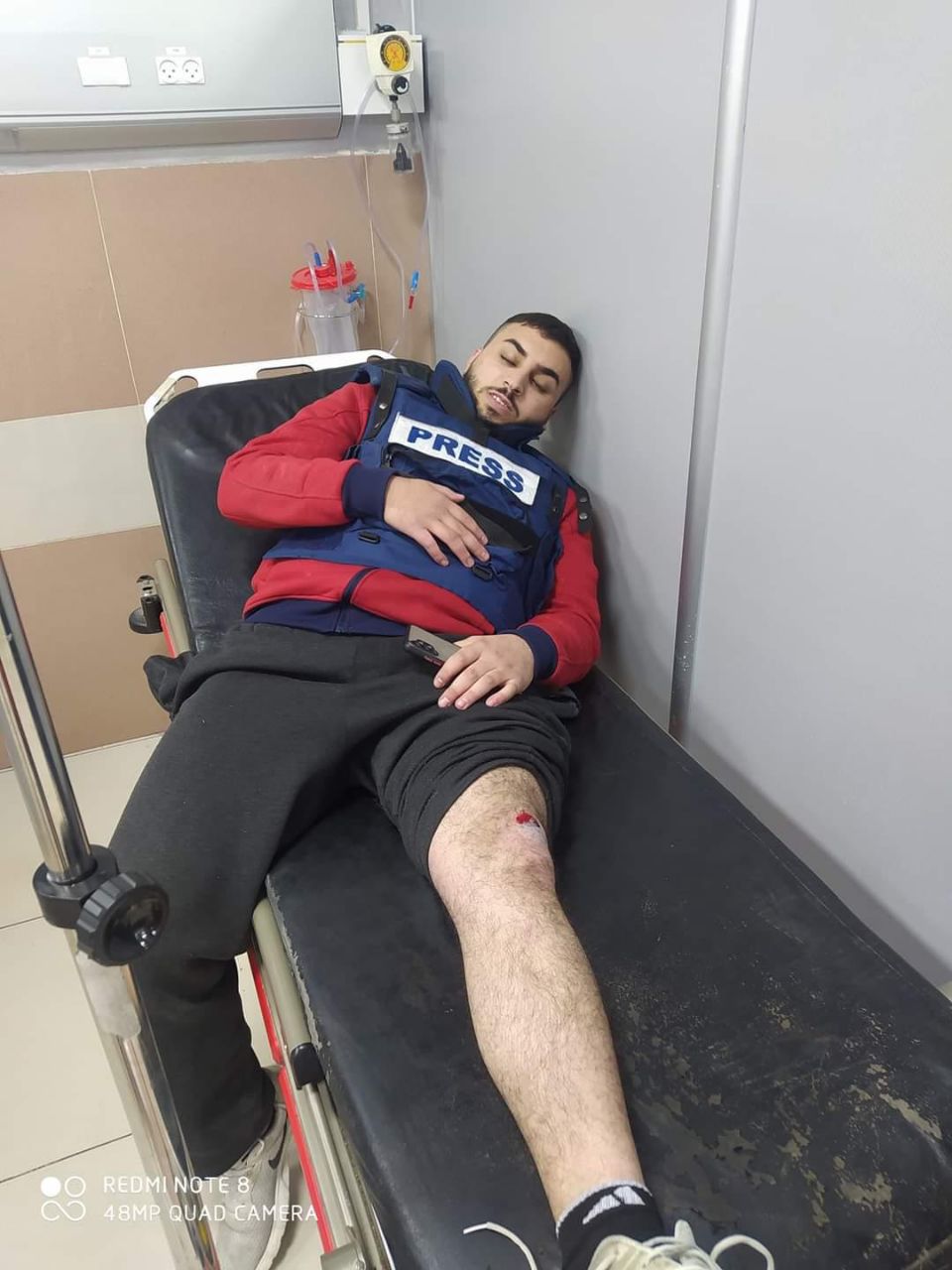 RAMALLAH, Wednesday, January 12, 2022 (WAFA) – Israeli soldiers aimed at and hit with a rubber-coated metal bullet a Palestinian journalist while covering an incursion early this morning into the town of Beitunia, west of Ramallah, according to WAFA correspondent.

He said that the journalist, Yousef Shihadeh, was hit in the leg by a rubber bullet at a time there were no clashes in the area. He was taken to hospital for treatment.

Meanwhile in the south of the West Bank, soldiers opened fire and injured two Palestinians last night in the town of Halhoul, north of the city of Hebron, according to Palestinian security sources.

They said that soldiers stationed at a watchtower opened fire at a group of youths injuring two of them, one hit in the leg. They were taken to hospital for treatment.